Punjab ahead of Haryana | Only 35% able to calculate area in Class VIII, 29% ‘mean’ in Class X 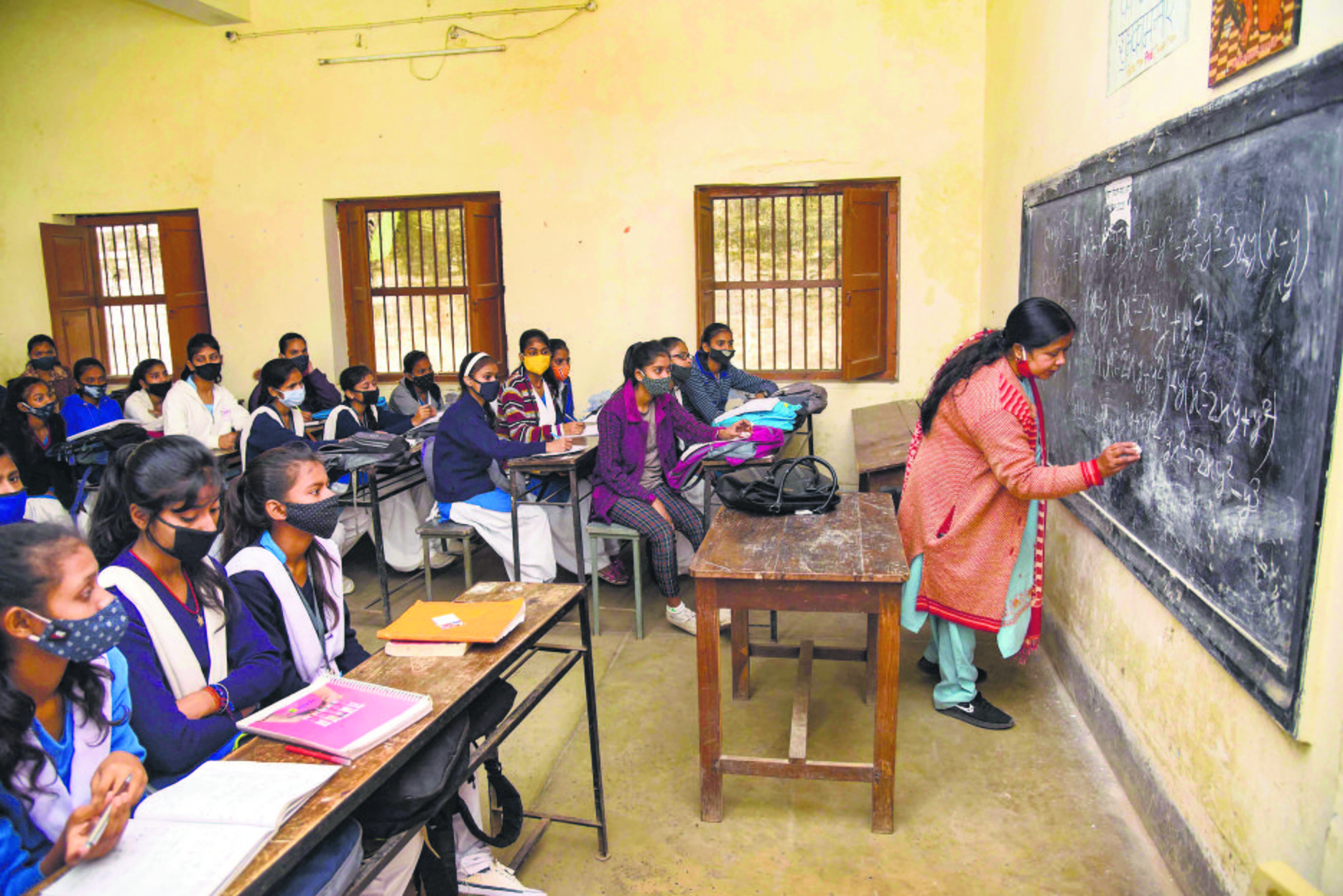 The National Assessment Survey (NAS) 2021 findings reflected the impact of the Covid pandemic and online teaching, as a dip has been noticed in the students’ performance in some subjects compared to 2017. Haryana has scored better than Delhi across all subjects in classes III, V, VIII, and X, but Punjab is ahead.

The state’s govt schools performed better than private ones in classes III and V, but in VIII and X, it is the reverse.

The NAS assesses the health of the education system in the country by conducting an evaluation survey of children’s learning competencies in classes III, V, VIII, and X. The last NAS was held in 2017.

Forty one percent of students responded that there was no digital device at home during the Covid pandemic. Just 40 per cent could read and write numbers up to 999 using place value and less than 50 per cent could solve simple daily-life problems using addition and subtraction of three-digit numbers. Just 45 per cent could identify relationships with and among family members.

The overall achievement score for Class V is 49.5 per cent, whereas the national score is 49. Nuh is at the bottom, with 41.8 per cent.

Forty one percent responded no digital device at home during the pandemic. Just 43 per cent could apply operations of numbers in daily-life situations and only 48 per cent could identify relationships with and among family members in an extended family.

The overall score of the state is 48, while the national score is 41.9. Kaithal scored the poorest at 41 per cent.