State to be flood-free by 2026: Haryana CM : The Tribune India 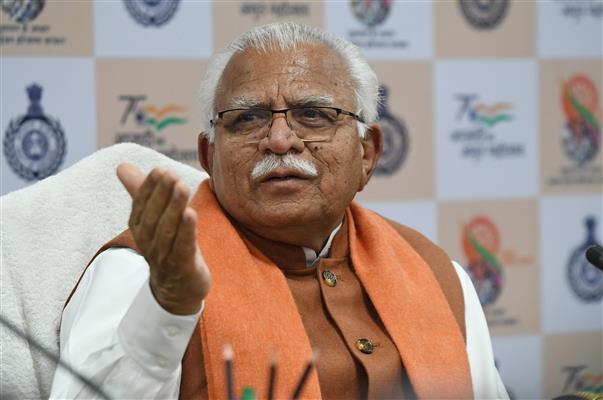 Setting yet another target, the Khattar government now aims to make Haryana flood-free by 2026. For this, special projects will be set up in waterlogged areas.

This was decided at the 54th meeting of the Haryana State Drought Relief and Flood Control Board held under the chairmanship of Chief Minister Manohar Lal Khattar here today.

Khattar said more emphasis was also being laid on water conservation and reuse of rainwater. With this, along with dealing with flood situations, groundwater recharging and optimum use of water in dry areas would also be ensured.

“For the meticulous implementation of this plan, 528 projects, amounting to Rs 1,100 crore were approved at the meeting,” said the CM.

Khattar said schemes worth more than Rs 312 crore had been approved for purchasing dewatering machinery and the reuse of water. He added that this time schemes had been prepared for waterlogging through a cluster-based approach.

He said Bhiwani district had been considered as a cluster, under which a pipeline would be laid in eight villages Kungar, Jatai, Dhanana, Badesra, Siwara, Premnagar, Ghuskani, Dhani Sukhan’s abadi and waterlogged areas. An amount of more than Rs 16 crore would be spent on this. Under this scheme, water would be drained out from 2,000 acres of waterlogged land, said Khattar.

Besides, another cluster-based project had been planned for three villages, Singhwa Khas, Puthi, and Madanheri, on which Rs 9.31 crore would be spent. Under this plan, water would be drained out from about 1,500 acres of waterlogged land. Similarly, another project, costing about Rs 4 crore, had been prepared and would be implemented to drain out water from 885 acres of waterlogged land.

The CM directed the officials that lakes should be developed in water-logged areas. A plan should be formulated to make about 100 lakes, especially in the NCR districts. With the development of these lakes, a permanent solution to the problem of waterlogging would be done.