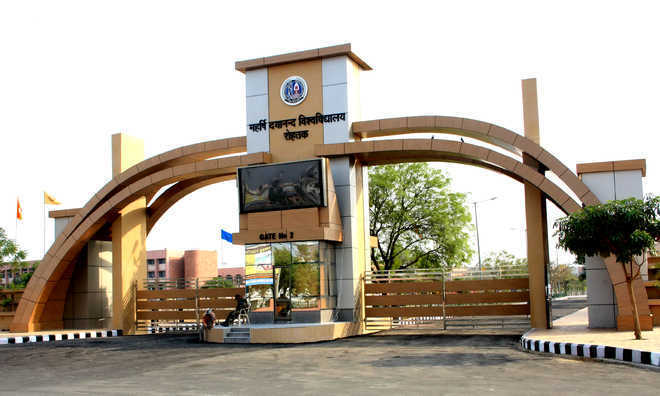 The former vice-chancellor maintained that as vice-chancellor, he regarded the MDU Acts and Statutes like the holy Gita and the university made commendable progress in every sphere during his tenure. File photo

More than two years after the lodging of a complaint, the Haryana State Vigilance Bureau (SVB) has finally begun inquiry into allegations against B.K.Punia, a former vice-chancellor of Maharshi Dayanand University (MDU), Rohtak.

In July-2018, a social activist, Dr Anil Pannikker, sent a 237-page complaint in this regard to the Haryana Governor-cum-MDU Chancellor, state Chief Minister and Chief Secretary, demanding a thorough probe into the alleged irregularities.

After contemplating on the matter for about a year, the Haryana Government ordered an inquiry by the SVB, which was initiated in July 2019. Meanwhile, certain other complaints were also lodged against Punia.

Eventually, in a communiqué sent to the MDU Registrar on September 10, 2020, a copy of which is in possession of The Tribune, the SVB officer investigating the matter has sought the documents/information pertaining to as many as 28 specific charges of financial and other irregularities against Punia.

The charges leveled against Punia include gross irregularities in appointments, nepotism, misappropriation of funds, misuse of emergency powers and harassment of those who opposed his wrongful acts.

Punia has been accused of violating the rules and regulations in the appointments of MDU faculty members, financial and technical advisors, University Campus School teachers as well as other officials/non-teaching employees and regularization of certain guest teachers.

The former vice-chancellor has also been charged with appointing nearly 20 non-teaching employees without any advertisement/interview/selection process on deputation merely on the basis of applications given by them.

Large-scale financial irregularities misappropriation of funds in the construction of rooms and toilets at staff quarters on university campus, organisation of national youth festival, purchase of 140 computer systems, payment made to NBCC for civil works, fake appointments through outsourcing and non-imposition of fine on a firm engaged for the provision of security services on the university campus are also in the ambit of the vigilance probe.

I acted as per rules: Punia

On being contacted for his comments regarding the matter, Punia maintained that as vice-chancellor, he regarded the MDU Acts and Statutes like the holy Gita and the university made commendable progress in every sphere during his tenure.

“As of now, the MDU authorities have been asked to furnish the relevant records/documents. I will reply to the specific charges point-wise as and when I am questioned about these,” he stated.