Stay positive, this too shall pass: Survivors to patients 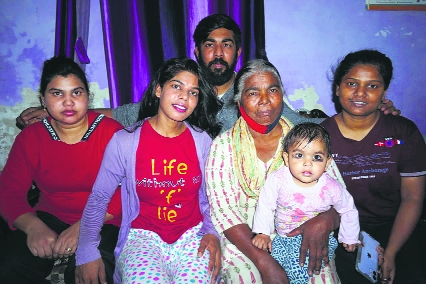 Bhupinder Bhatia (50), a resident of Sector 8 here, was admitted to a local private hospital on September 9 last year after 95 per cent of his lungs were infected with Covid. A couple of days later, he was shifted to a Delhi hospital.

He remained under treatment for two months. For several days, he was on oxygen support. “I was discharged on November 13,” he says.

Looking back, Bhatia recalls that throughout his treatment, he was positive that he would recover. “I remained calm and never lost hope. I appeal to people not to panic because that is not the best way of fighting the virus. Stay positive and you will beat the virus,” says Bhatia.

His is not the only inspirational story emerging out of the pandemic which has claimed the lives of more than 2 lakh people in the country.

Shobhana, a resident of Panipat, remained on BiPap machine, a type of ventilator, for a month at Kalpana Chawla Government Medical College (KCGMC).

“Panipat doctors had lost all hopes of my survival, but my daughter Renu and others did not give up. They took me to KCGMC on November 9 last year. During one month of treatment, my oxygen level dipped to 30, but I remained strong,” she said.

Shobhana was discharged on December 8. Today, she is hale and hearty, and enjoys the time with her family. Her only advice to Covid patients is to stay strong. “People should not be afraid of the virus. They should not lower the guard,” she says.

She adds the support of doctors and other staff members of the KCGMC saw her mother through the difficult time. “Remain courageous and you will defeat the virus,” Kala says.

Kushal Gupta (34), a resident of Sector 6 here, remained in the ICU at the KCGMC for more than a month. Around 85 per cent of his lungs were infected.

“Doctors had given up hope, but my family and I did not give up. We requested doctors to continue the treatment and it paid off. Here I am today, fully recovered,” he says with a beaming smile.