Stir to resume, youths will lead it, says Rakesh Tikait : The Tribune India

Stir to resume, youths will lead it, says Rakesh Tikait 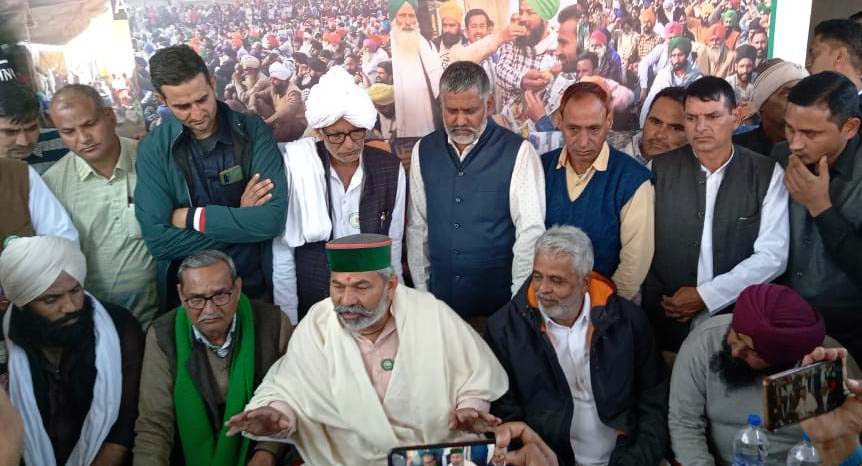 BKU leader Rakesh Tikait at a kisan mahapanchayat in Kaithal.

Bhartiya Kisan Union (BKU) leader Rakesh Tikait on Saturday accused the Centre of not fulfilling its promises made to SKM leaders to end the year-long agitation at Delhi borders.

‘Prepare for Ph-2 of agitation’

He said they would resume the agitation soon and youths would lead it against unemployment and the pending issues of the farmers. He said it was a conflict of ideology that would bring a change across the country.

Tikait said they were not in favour of forming a political party and there was a need of a law for MSP and jobs for unemployed youths. He said they had not asked people to vote for any particular party but also not vote for NOTA.

“We will resume protest soon, for which the SKM will go across the county to connect with unemployed youths. Apart from demanding MSP-guarantee law, implementation of recommendations of the Swaminathan Commission and permission for plying of tractors that are over 10-year-old, farmers will raise the issue of increasing unemployment among youths. Farmers will support the youths in the new movement. We will also apprise the citizens about the Lakhimpur Kheri incident,” said Tikait, while addressing farmers and labourers at a Kisan Mazdoor Mahapanchayat in Kalayat in Kaithal.

Tikait also said they would challenge the bail of Ashish Mishra in Lakhimpur Kheri incident. He inaugurated a Kisan Mazdoor Canteen in Kaithal and said such canteens would also be opened for farmers and labourers. He accused the government of stopping old age pension of eligible beneficiaries. He said the government had been forcing elderly people to beg from their children. Pension for these persons should be reinstated, he demanded. —