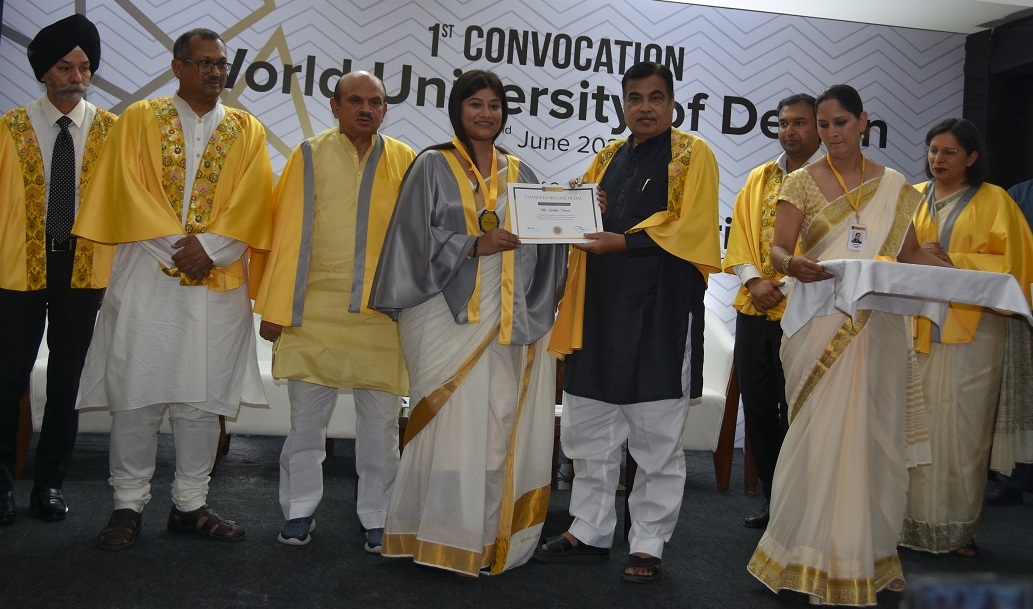 Union Minister of Road, Transport and Highways Nitin Gadkari on Thursday emphasised on strengthening the agriculture-based rural economy and said it was necessary for self-reliant India.

“For this, students should do research and use latest technologies,” he added.

Gadkari was addressing the students during the first convocation ceremony of the World University of Design (WUD) at Rajiv Gandhi Education City here.

Awarding degrees to the students, he said 22% people depend on manufacturing, 50-56% on service sectors while only 12% on agriculture, who also support 55% of the population. Therefore, it is important to strengthen the agriculture sector and WUD students should make their valuable contribution to this, the minister added.

Gadkari also encouraged the students to become job-givers instead of seekers, for which they have to adopt entrepreneurship and develop decision-making ability.

He further said they were making special efforts to remove the filth from the Yamuna. “Efforts have been made to purify 40 rivers at a cost of Rs 28,000 crore. There are plans to make the travel via river easier from Sonepat to Delhi, Mathura, Agra, Etawah, Prayagraj, Allahabad and beyond. There is also a plan to land a plane on the Yamuna, from where one can travel anywhere. Sea and river port will be built on the lines of the airport,” he added.

The Union Minister also encouraged people to use waste materials. He had done this in his city and earned Rs 300 crore by selling the dirty water from toilets, he added. The industrial units of Sonepat and Panipat also require a lot of water, he added.