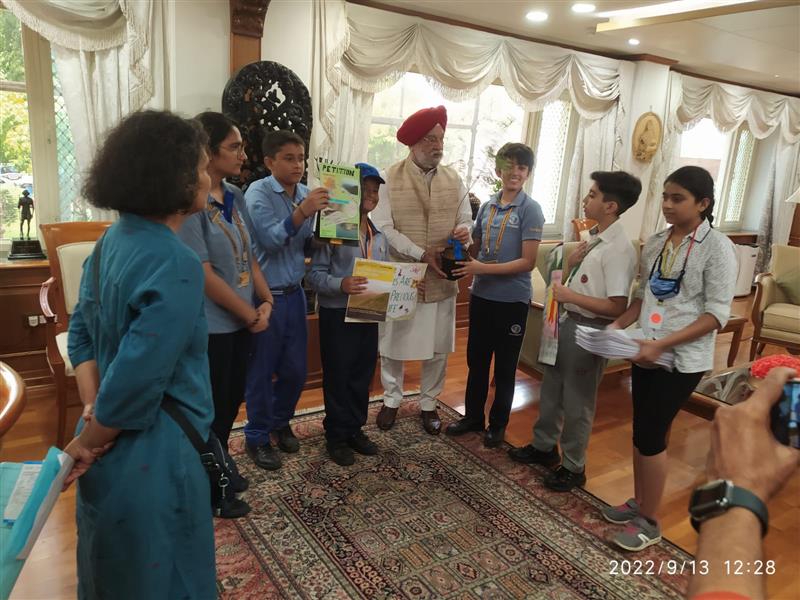 Amidst the ongoing uproar over the fate of the National Capital Region Draft Regional Plan 2041, over 100 students belonging to various schools in the NCR have urged the Centre to roll it back.

“We have been very disturbed to hear from our parents and teachers and after reading in newspapers that the new plan proposes to exclude terms such as ‘Aravallis’, ‘forest areas’, ‘natural conservation zone’. We are already struggling with pollution in the NCR, spending about six months battling issues like smog. We cannot afford to lose any more greenery,” said Aarjav Jain, a Class VIII student of Pragati Public School in Delhi.

Over the past few days, around 12,000 students and 900 teachers from schools in Delhi, Gurugram and Faridabad (Haryana), Baghpat (Uttar Pradesh) and Alwar (Rajasthan) have written letters to the Prime Minister, Environment Minister, Minister of Housing and Urban Affairs and the chief ministers of four NCR states, requesting them to strengthen the new NCR plan ecologically so that the people’s right to pollution-free air and water is not further compromised.

“Many of our friends and family members suffer from breathing problems. Why the government wants to bring a plan that will wipe out more than 70 per cent of Aravallis? Aravallis, with their natural cracks and fissures, have the potential to put 2 million litres of water per hectare in the ground every year, thus acting as a critical water recharge zone for the region. Without the Aravallis, our future is doomed,” said Tarini Malhotra of Class XI from The Shri Ram School, Moulsari (Gurugram).

Environmentalists are also against this move. The last meeting of the NCR board meant to approve the plan was cancelled. According to sources, the PMO has asked the board to look into people’s concerns.