Tell Haryana to stop polluting Yamuna: Jal Board to Centre

Will hit water supply in Delhi: Board 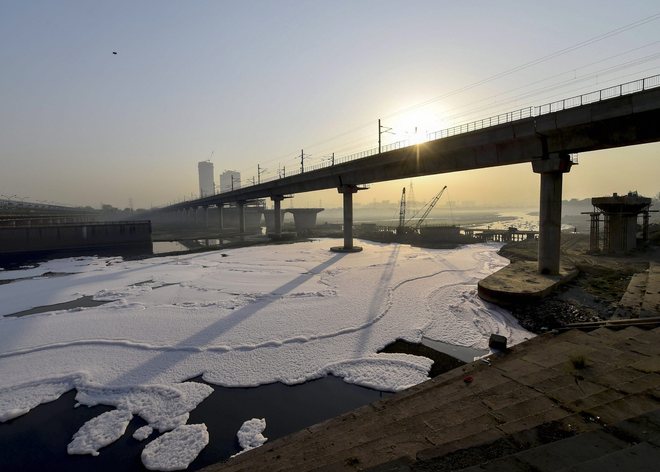 Delhi Jal Board Vice-Chairman Raghav Chadha has appealed to Union Jal Shakti Minister Gajendra Singh Shekhawat to intervene on behalf of Delhi in order to stop the Haryana Government from releasing dirty water in the Yamuna.

Delhi Jal Board Vice-Chairman Raghav Chadha has appealed to Union Jal Shakti Minister Gajendra Singh Shekhawat to intervene on behalf of Delhi in order to stop the Haryana Government from releasing dirty water in the Yamuna. Chadha called for immediate action after the Delhi Jal Board carried out river survey work.

“As per our latest survey of the Rohtak X-regulator, it was observed that not only has the water turned a dirty green, but the ammonia levels have risen to an alarming 40 ppm. We would like to bring this to the immediate attention of Union Minister for Jal Shakti Gajendra Singh Shekhawat. Such alarming levels of ammonia are extremely dangerous and will compel us to shut down our plants, which will have a subsequent impact on the water supply in Delhi,” Chadha said in his statement.

“We request the Haryana Government to take urgent cognisance of and immediate steps to curb the release of untreated effluents into the Yamuna,” he added. The Delhi Jal Board team also surveyed Barota village and DD-8 at Piao Manihari.

The vice-chairman raised the possibility of shutting down the plants if the release of untreated water is not curbed. — TNS