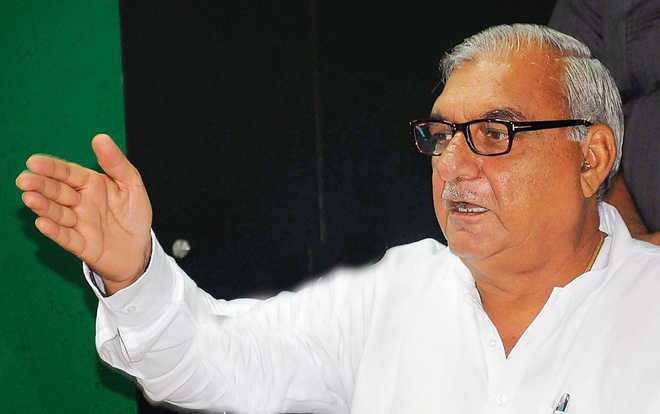 The participation of Haryana farmers, especially from the Jat heartland, in the “Delhi Chalo” protest against the three controversial farm laws pales in comparison to the response shown by their counterparts from Punjab.

The lack of clarity on the laws and no clear message from the Leader of Opposition Bhupinder Singh Hooda’s camp for a proactive participation in the agitation appear to be the main reasons for the lukewarm response.

Punjab farmers are more valiant than their Haryana counterparts, who are opportunistic. They want to remain in the good books of the BJP-JJP government.

Rohtak, Jhajjar and Sonepat districts, which comprise the Jat heartland, have been Hooda’s political stronghold.

Ram Chander, a farmer from the district’s Rurki village, said: “Had there been a signal from the leadership (read Hooda), a long cavalcade of tractors-trailers would have marched towards Delhi and the farmers would have staged a massive demonstration there.”

When contacted, Hooda, however, downplayed the poor participation of farmers from the Rohtak belt.

“I have been maintaining that the three laws are anti-farmer. The government should talk to farmers instead of using force on them. The matter can be resolved amicably by holding talks and not through confrontation,” he told The Tribune.

All-India Kisan Sabha (AIKS), Haryana chapter, vice-president Comrade Inderjit said the participation of Haryana farmers in the agitation was negligible in comparison with that of Punjab’s.

“Punjab farmers have taken the lead in spearheading the protest. The movement will gradually gain ground in Haryana as well,” he said.

Preet Singh, president of the Rohtak unit of the AIKS, was more forthright as he stated that Punjab farmers were more valiant than their Haryana counterparts, who, he said, were

“Punjab Chief Minister Capt Amarinder Singh has firmly stood with the farming community, which played an instrumental role in building up the movement.

“On the other hand, a majority of Haryana farmers want to remain in the good books of the BJP-JJP government,” he added.