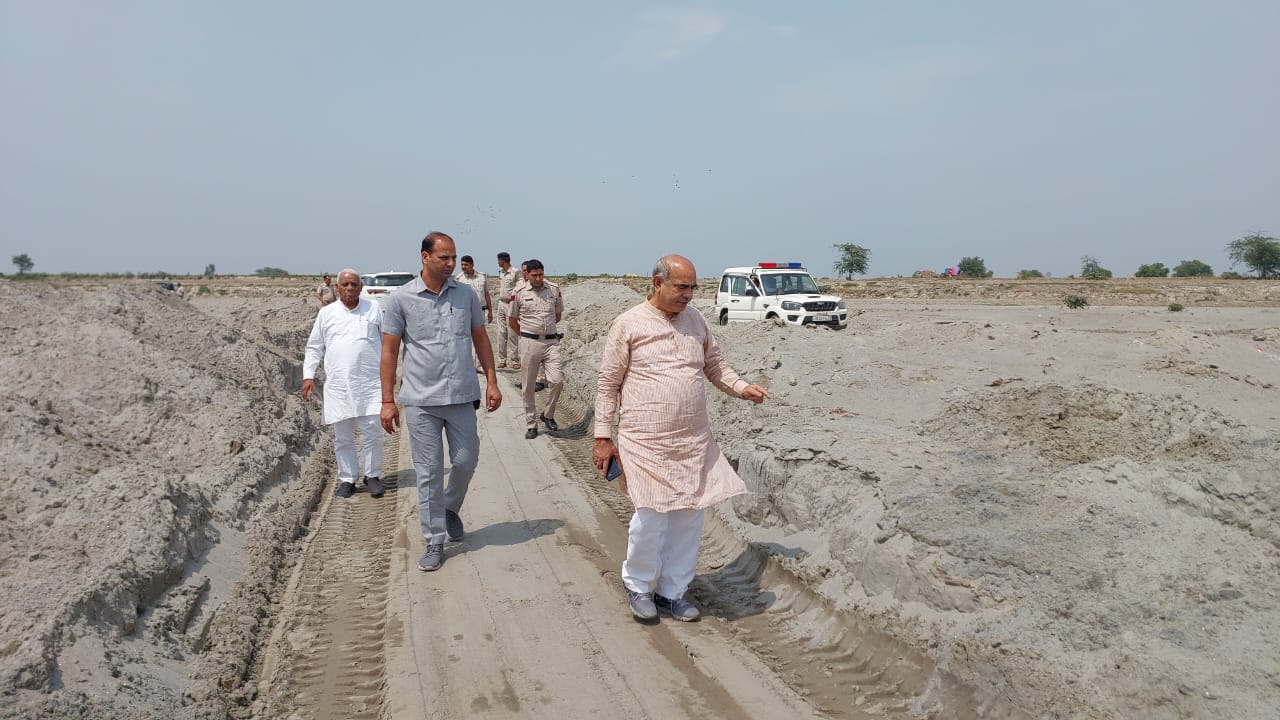 Mining and Transport Minister Mool Chand Sharma has ordered action to curb illegal mining on the riverbed of the Yamuna river in the district.

Action to be taken against defaulters

Action will be taken against anyone, including policemen, if they are found indulging in illegal activity. — Mool Chand Sharma, Mining and Transport Minister

Sharma, who carried out a visit-cum-raid at some of the spots located in Baghpur, Rajupur and Doshpur villages lying on the banks of the Yamuna river today, found traces of the illegal mining and stealing of the sand from the areas. Admitting that illegal mining had failed to stop despite instructions passed by the authorities, he said he would ensure strict curbs on the activity it was causing losses to the state exchequer. Though the auction of a total of seven mining pits or spots located in Palwal and Faridabad has already been held and given to the agencies after a formal process, an approval from the Union Ministry of Environment was still awaited and this had held up formal mining. He said some unauthorised persons had been engaged in illegal mining of the sand, which is used in construction work.

Sharma said he had also received complaints from residents of some villages and the agencies that have been given the mining rights, that illegal mining was being done at night. Some unauthorised persons were using trucks and tractor-trailers for the purpose, which was was not possible without the involvement of police personnel of the area, they alleged. It is reported that the mining spots are located in the villages across the Yamuna, but fall in the boundaries of Palwal and Faridabad districts.