The tractor parade is being taken out from Tikri; volunteers are letting tractors enter and are managing traffic congestion 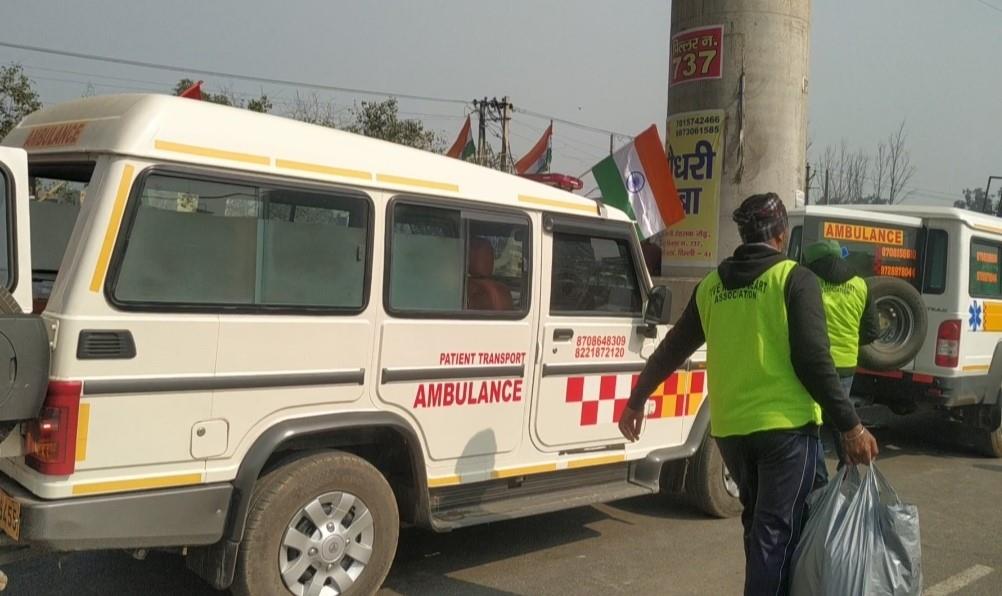 Ambulances line up during the tractor parade at Tikri on Tuesday. Tribune Photo

As many as 32 ambulances have been arranged by social outfit Five Rivers Heart Association to extend first aid to the protesting farmers during the Republic Day tractor parade being taken out in Delhi following the call of the Sankyukat Kisan Morcha against the three farm laws.

“The ambulances provided at the border are equipped with doctors and all sorts of medicines needed in a medical emergency or mishap. These ambulances will be the part of the tractor cavalcade so that farmers in need don’t have to face any issue in getting medical aid,” said an office-bearer of the association.

He said the association had been providing medical aid to the protesting farmers from the beginning of the agitation.

Ramesh, an ambulance driver, said they would also rush farmers to the hospital if they feel any uneasiness during the tractor parade.

The tractor parade is being taken out from Tikri. Volunteers have been deployed at the border to let tractors enter in a row from Tikri to Delhi. They are also managing traffic congestion. Significantly, people are standing at both sides of the highway to greet the farmers entering Delhi from Tikri.

Meanwhile, 50-year-old Deepak Rathi, a social activist from Rohtak, said it was a historical tractor parade and he had seen tractors in such huge numbers for the first time.

“Today’s tractor parade will strengthen the agitation further as a huge number of tractors has joined the parade and are sufficient to showcase farmers’ power,” Rathi added.