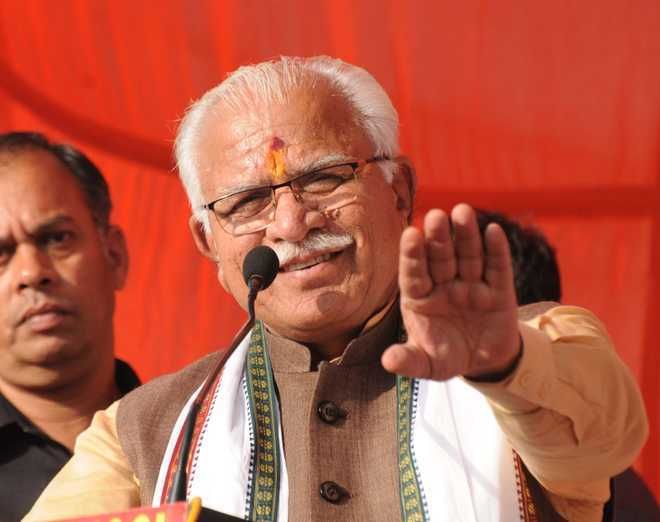 Chief Minister Manohar Lal Khattar today suspended two employees of the groundwater cell of the Irrigation Department for allegedly not making payments for works undertaken under the Jal Shakti Abhiyan, 2019.

The CM suspended them during a ‘janata darbar’ at PWD Rest House here on a complaint by Mohit, a resident of Kurukshetra’s Samalkhi village. He had installed 16 water recharge structures and his payment of Rs 18.58 lakh was allegedly not disbursed even after having made several rounds to the groundwater cell’s office.

Mohit had alleged the draftman and the clerk had sought bribe to clear his dues.

About 60 complaints were listed for the “janata darbar”. Most of them were resolved on the spot. For the remaining ones, the Chief Minister directed officials to resolve the matter soon.

Most of the complaints were related to widening of roads, police inaction and illegal colonies.

A delegation raised the matter of a demolition drive in unauthorised colonies here. It said people had constructed their houses after having spent their hard-earned money or having taken loans. Members of the delegation demanded regularisation of colonies.

To this, the CM said no old building would be razed and suggested people against purchasing plots in illegal colonies.