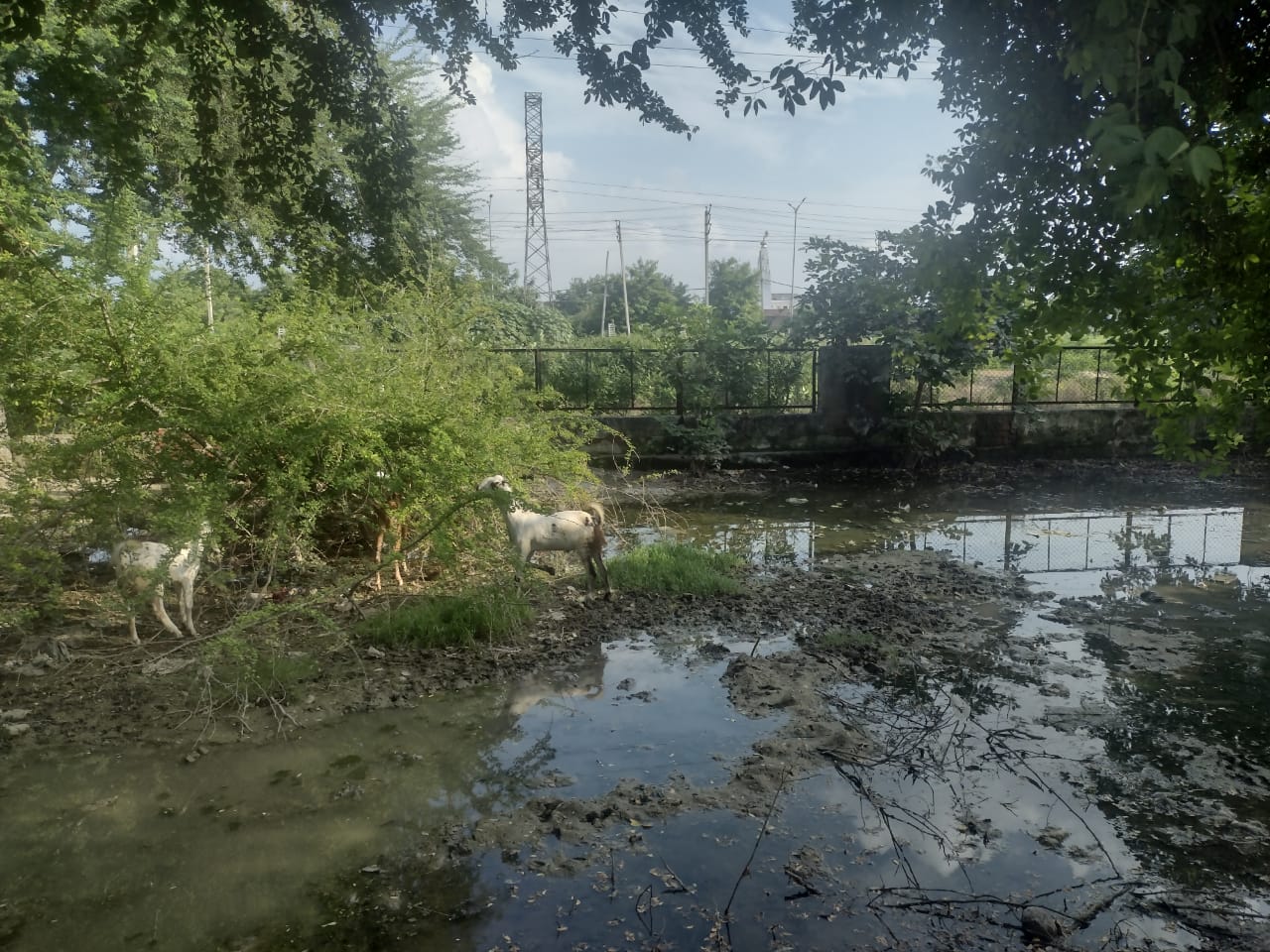 Sewage flows into the green belt of a sector in Faridabad. - File Photo

With around 400 millions of litres per day (MLD) of untreated sewage passing daily into the Yamuna in the city a matter of concern, the Haryana State Pollution Control Board (HSPCB) authorities have directed the district officials to launch an immediate action plan in this regard.

The failure to keep up with the requirements and norms had made the NGT announce a penalty of Rs 5 lakh per STP in September 2019 and since the Municipal Corporation Faridabad has failed to comply with the norms, the penalty amount has soared to Rs 5 crore. An official

The civic body has already been warned of a heavy penalty regarding the alleged violations, it is claimed.

The directions to ensure a complete ban on such an activity came up during a recent meeting chaired by the HSPCB Chairperson P Raghuvender Rao.

District administration officials said Rao had instructed officials of the HSPCB, HSVP, police, FMDA and other departments to launch an action plan to curb the activity regarding the disposal of the untreated waste. “With around 400 MLD of untreated waste finding its way into the Yamuna, sources said a survey carried out by the Pollution Control Department had found the disposal of 300 MLD into the Yamuna in 2019. According to officials, the response of the civic authorities to the NGT notice regarding such disposal had been too slow and inadequate, and the civic body was likely to slapped with a huge penalty soon if this kind of activity was not stopped. The matter was already under the purview of the NGT, it was pointed out.

The STPs at Mirjapur, Pratapgarh and Badshahpur villages in the district, set up over two decades ago under the Yamuna Action Plan, are lying non-functional as the infrastructure has suffered due to poor upkeep, said an official of the civic body, who added that the disposal had been mainly through Gonchhi drain and Budhiya Nala, the main outlet drains in the city.

“The failure to keep up with the requirements and norms had made the NGT to announce a penalty of Rs 5 lakh per STP in September 2019 and since the Municipal Corporation Faridabad (MCF) has failed to comply with the norms, the penalty amount has soared to Rs 5 crore,’’ said an official.

Over 300 MLD of treated waste water is expected to be discharged properly by the end of this year, after the existing STPs become functional after upgrade,’’ says Yashpal Yadav Commissioner, MCF, who added that several micro-STPs were also proposed to be set up soon.