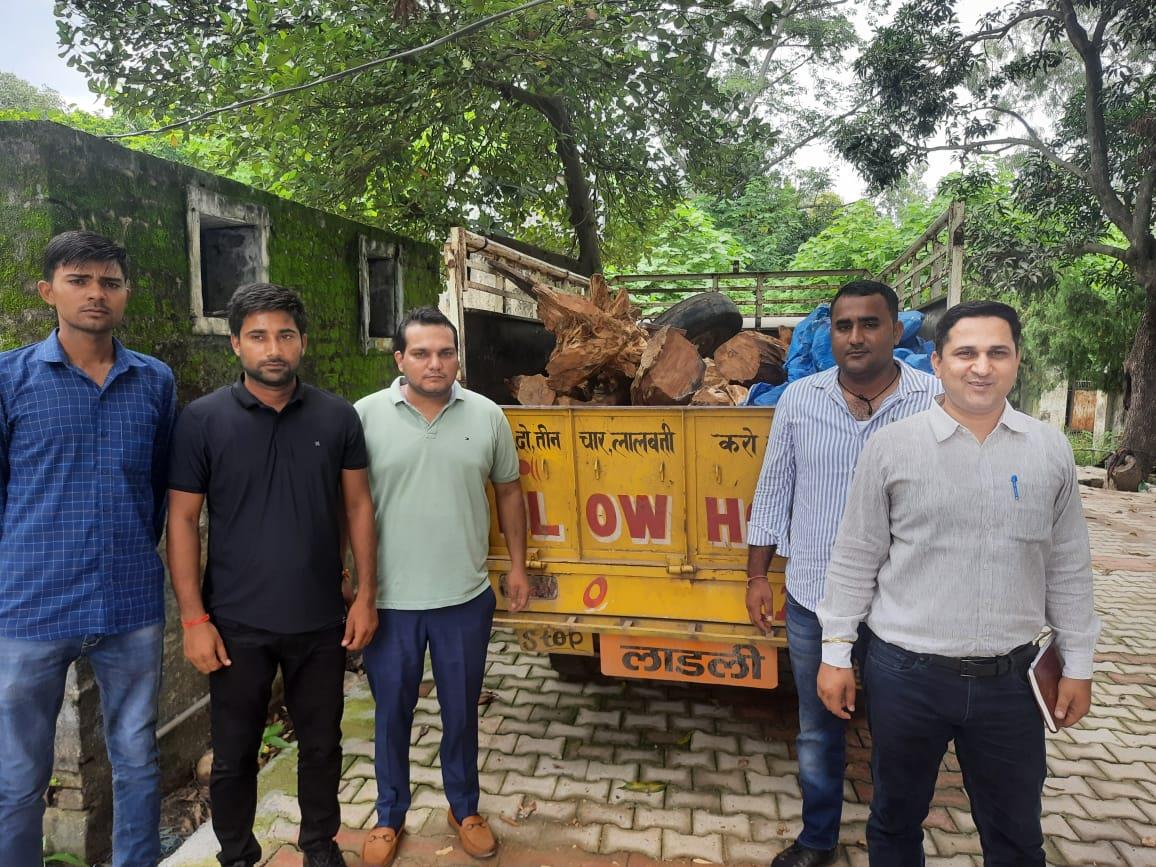 Members of a team of the Forest Department with the utility vehicle impounded at a Yamunanagar village. Tribune photo

A team of the local Forest Department has impounded a utility vehicle loaded with illegal khair wood from near a village in the district.

The team recovered 24 logs of khair wood from the utility vehicle. The recovered wood was allegedly stolen from the forest area of the district.

On the complaint of Anuj Kumar, a guard of the Forest Department, a case was registered against Abdu, a resident of Chuhurpur village; Sufiyan, Talib and Shajad, all residents of Jatanwala village of the district.

The complainant said they got information that a utility vehicle loaded with illegal khair wood would head towards the Bilaspur side on the Pratap Nagar road.

He further said a team of the department laid a naka near Khanuwala village in the wee hours of yesterday. “Two persons — Abdu and Sufiyan — came on a motorcycle. The team members signalled the duo to stop, but they didn’t,” he added.

“Soon, a utility vehicle came from the side of Ledi village. Two persons identified as Talib and Shajad were in that vehicle. We signalled them to stop the vehicle, but they didn’t stop,” the complainant added.

He said when the team members chased them they managed to escape leaving the utility vehicle near Kandaiwala village.