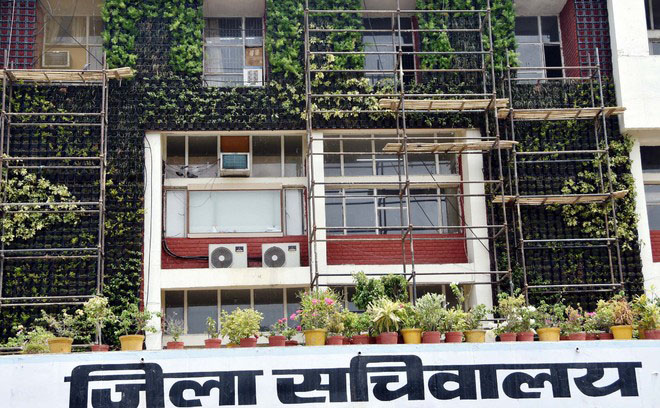 The district administration has spent a lot of money in installing wall-hanging plants to promote veritical gardening for the beautification of the mini secretariat, but the initiative seems to be wastage of money. With no special care being given to the plants, these dry up even in monsoons. The authorities concerned should take action in the regard. Guru Prasad, Karnal

Unscheduled power cuts have begun to bother the residents of rural and urban in Yamunanagar. Sometimes, the duration of these cuts is so long that inverters get drained of power backup. As a result, people are forced to bear the scorching heat. Unscheduled power cuts are also being imposed at nights, giving sleepless nights to residents. The Haryana Government should pay attention to the problem and solve it at the earliest. Manga Ram, Jagadhri

Lack of sanitation in Rohtak

The lack of sanitation in Rohtak city is proving to be irksome to residents. Not only the old town localities, the posh colonies are equally affected by the lack of cleanliness. Hordes of cattle searching for food in garbage dumps are a common sight. The practice of dumping waste on vacant plots and other open sites has also become rampant. The authorities concerned should take effective steps to maintain cleanliness. Residents should also realise their responsibility and refrain from dumping garbage in the open. Shalu, Rohtak

The Tribuneinvites its readers to have their say. Please email at: haryanacity@tribunemail.com