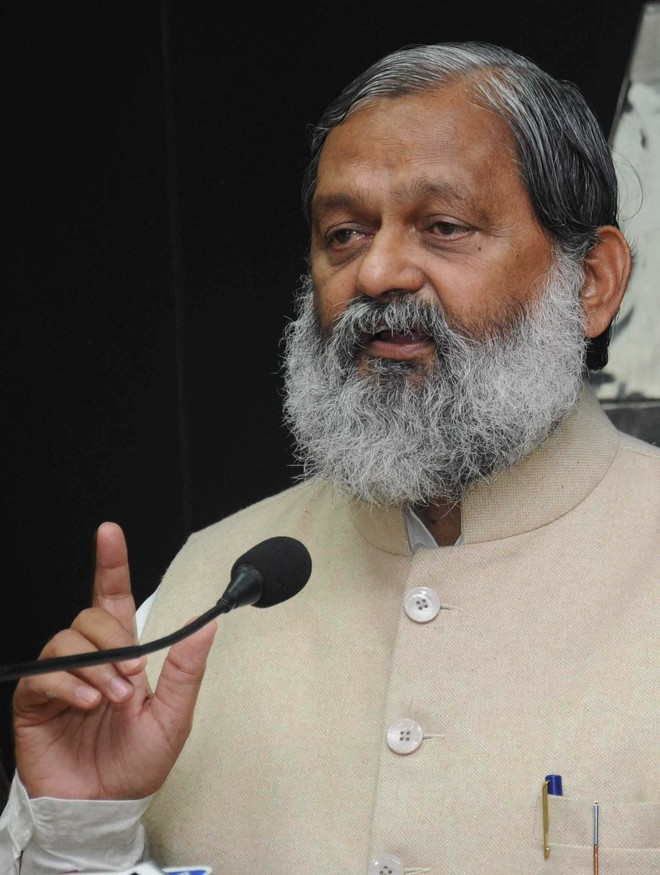 After engaging in a long-drawn tussle with Chief Minister Manohar Lal Khattar over control of the Haryana CID and ending up being stripped of the charge, Home Minister Anil Vij has now, indirectly, taken on the former by proceeding with the process for the appointment of a new Director General of Police (DGP) in Haryana despite an extension to the present incumbent.

Sources see this latest initiation by Vij as an attempt to take on the Chief Minister once again since the government has already granted 1988-batch IPS officer Manoj Yadava extension as DGP of the state “beyond February 20 till further orders”.

Most believed that the continuation of Yadava was settled for good till Vij sent a letter to the Home Secretary, directing him to send a panel of seven IPS officers to the UPSC. His argument for sending a fresh panel was based on the fact that the order issued by the then Home Secretary mentioned that Yadava’s appointment would be for a period of two years.

Dropping the word “minimum” while issuing orders of appointment to Yadava as Haryana DGP in February 2019 seems to be at the centre of the raging controversy around a new panel even though the present incumbent retires in 2025.

The sources in the government maintained that sending a new panel was absolutely justified if the present incumbent was retiring, was removed by the state government or resigned.

“Since none of these three situations applies to this particular case, there is no need for a fresh panel to be sent to the UPSC. Moreover, the government, by its own order in January this year, has already given the DGP an extension beyond February 20, the day Yadava’s term was to end. This has more to do with politics than anything else,” the sources maintained.

The source added that there was no provision of a “maximum term” for the DGP under the rules, which only mentioned a “minimum term of two years”.

Former Advocate General of Haryana and Additional Solicitor General Mohan Jain said the state government did not need to send a fresh panel and was well within its right to give an extension to the present incumbent.