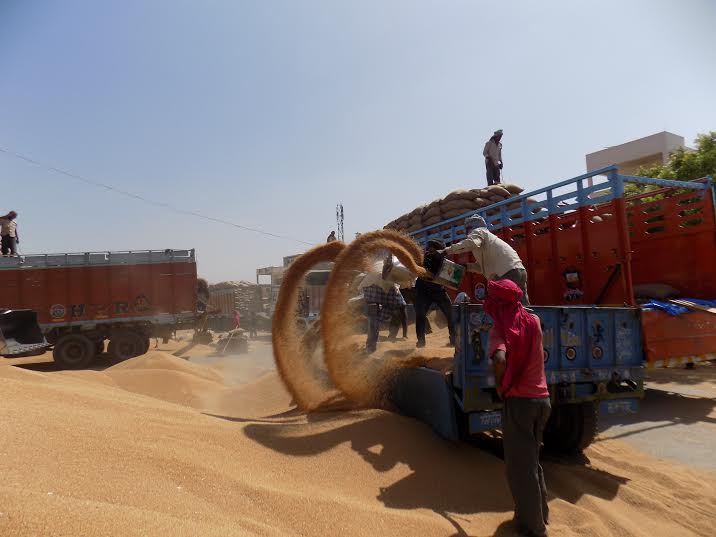 The global shortage of wheat due to the ongoing Russia-Ukraine war has brought financial benefit to those farmers in Rohtak, Jhajjar and Rewari districts who had stored their wheat produce in the last season.

Farmers store at least 10 per cent of their wheat produce every season. Early this month, private traders contacted farmers and purchased their entire stored wheat for Rs2,200 to Rs2,300 per quintal following the global crisis of wheat due to the Russia-Ukraine war. Bhup Singh, a farmer

They reaped good profit by selling their wheat produce from Rs 2,200 to Rs 2,300 per quintal in the private market this month. The government had procured their produce for Rs 1,975 per quintal at minimum support price (MSP) last year.

As the new produce of wheat is yet to arrive in grain markets, the old wheat is still being bought by private traders from Rs 2,050 to Rs 2,100 per quintal.

The government will start procurement of wheat from April 1 at MSP of Rs 2,015 per quintal.

“Farmers store at least 10 per cent of their wheat produce every season in order to deal with any crisis. They sell it in the private market before the arrival of the new produce. Early this month, private traders contacted such farmers and purchased their entire stored wheat for Rs 2,200 to Rs 2,300 per quintal following the global crisis of wheat due to the Russia-Ukraine war. It is for the first time we got such a high price for wheat,” said Bhup Singh, a farmer.

Harsh Girdhar, co-chairman, Haryana State Grain Market Commission Agents Association, said days after the Russia-Ukraine war, a sudden rise in wheat price was witnessed not only in Rohtak and surrounding districts but also in other states. Russia and Ukraine are large producers of wheat and the war had taken a toll on the wheat export to other countries from there, he added.

“The majority of farmers who had stored the wheat have earned a profit of Rs 225 to Rs 300 per quintal by selling it in the private market. The situation will further encourage the practice of hoarding wheat among farmers in the coming season as scarcity of wheat in the international market still continues and farmers are aware of it,” said Girdhar, adding that wheat was delivered to Kandla port (Gujarat) for Rs 2,550 per quintal early this month.

Ashok Yadav, a commission agent, Rewari, said private traders had purchased wheat for Rs 2,200 to Rs 2,250 per quintal over a week ago. “Now, no old stock of wheat is available at the market in Rewari as all farmers have already sold their stored produce for a good price,” he added.

Another commission agent in Jhajjar informed that many local farmers sold their produce to private buyers at the grain market in Najafgarh (Delhi) for up to Rs 2,300 per quintal due to rising demand of wheat in the international market.