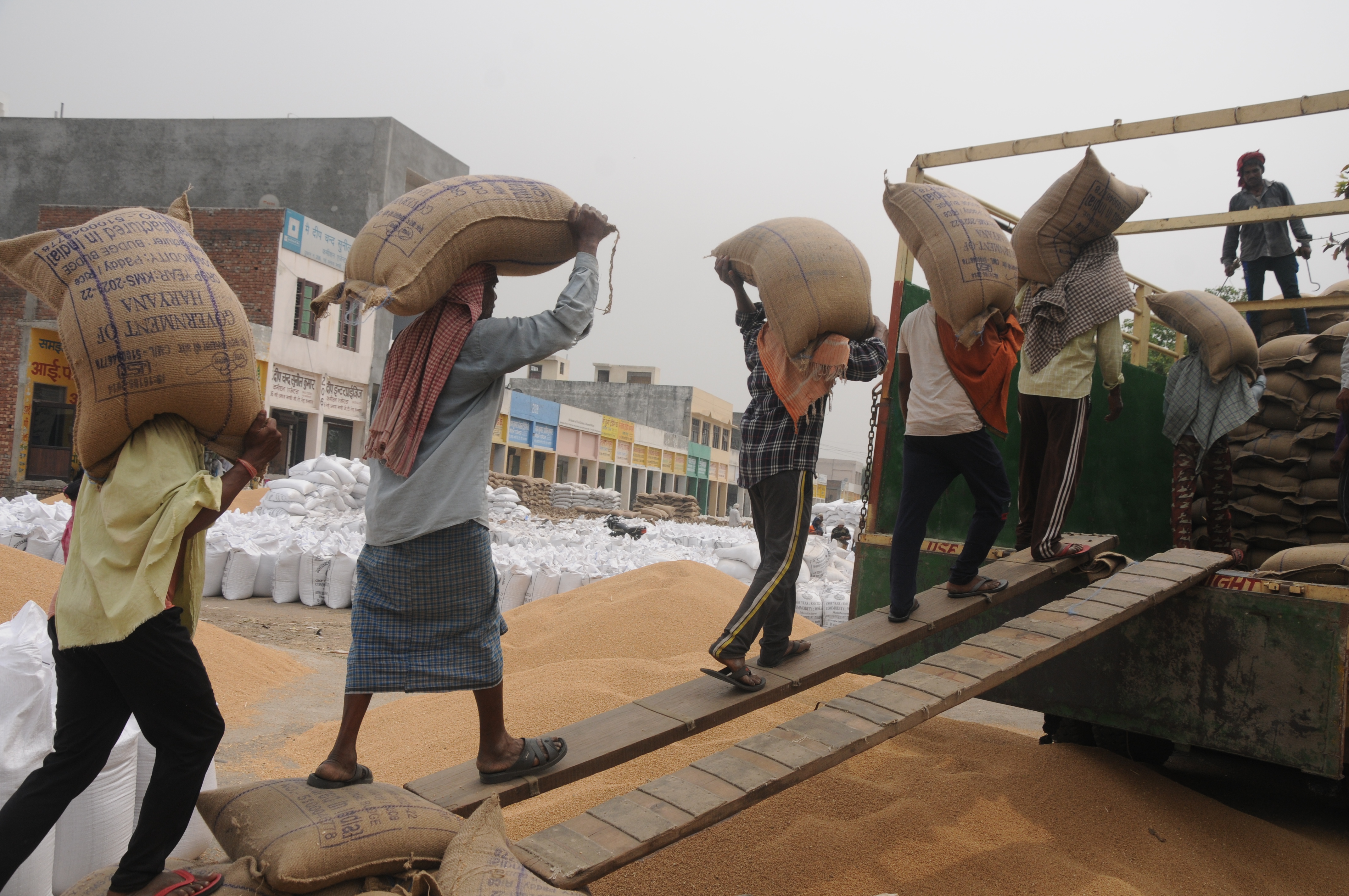 The lifting of the procured wheat in the district has been slow, resulting in inconvenience to farmers and commission agents, it is being claimed. The overall procurement has also recorded a sharp dip this year.

“The sluggish pace of lifting of the procured wheat has emerged as a cause of concern, as this could result in damage in case of the inclement weather conditions that usually develop in this season,” say sources in mandis here.

Poor official transport}We are forced to hire private transport to move the procured wheat to godowns as the official transport is poor. 35 to 40 per cent of the lifting had been done privately at a cost of Rs 4 per bag. Gaurav Tewatiya, president, arhtiya association, Palwal

The lifting has been less than 50 per cent of the procurement that has been around 10 lakh quintals in the district so far, say the sources. Besides the main mandis of Palwal, Hodal, Hathin and Hassanpur, purchase centres have been functional at Khambi, Deegot and Aurangabad villages.

Though procurement started on April 1, a large quantity of wheat had still been awaiting to be moved to godowns, said an employee. Blaming the unavailability of official transport, he said the wheat bags dumped in the open faced the risk of getting wet due to rain.

“We are forced to hire private transport to remove the procured wheat to godowns,’’ said Gaurav Tewatiya, president, Arhtiya Association, Palwal. He said 35 to 40 per cent of the lifting had been done privately, bearing a cost of Rs 4 per bag (quintal). He said the overall lifting at Palwal had been 50 per cent of the 3.50 lakh bags procured.

Meanwhile, it was being revealed that the overall arrival and procurement in the district had dropped sharply due to various factors. “ The per acre production has reduced to 15 to 16 quintals per acre against 20 quintals last year mainly due to the unusually hot weather conditions,’’ said an official, who pointed out that the arrival had been just 3.5 lakh bags against 12 lakh bags last year. Low arrivals have also been due to crop growers in neighbouring UP selling their produce locally in the wake of better prices there, it was claimed.