Months before the conviction, Chautala had filed an application before the court claiming that even in his affidavit filed at the time of polls, it was nowhere mentioned about Asola farmhouse 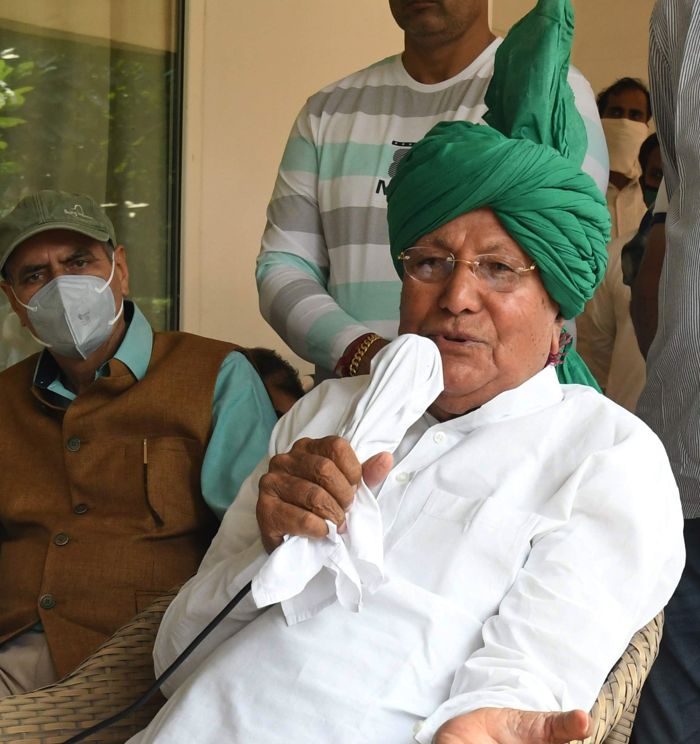 A farmhouse at Asola village in Hauz Khas, Delhi, was part of the disproportionate assets of five-time Chief Minister Om Prakash Chautala, for which he was convicted today.

Towards the final stages of the trial, when he wanted to prove that no farmhouse existed on the spot and it was just a piece of vacant agricultural land, the Delhi’s special CBI court had slapped Rs 25,000 cost on him, commenting it being a ploy to delay the conclusion of the case.

Months before the conviction, Chautala had filed an application before the court claiming that even in his affidavit filed at the time of polls, it was nowhere mentioned about the Asola farmhouse and he wanted to produce certain revenue records in his defence about it being non-existant. At that time, the final arguments were going on in the case.

The CBI had then argued that all prosecution witnesses were thoroughly cross-examined by Chautala’s lawyers, and it was never suggested to them about the non-existence of the farmhouse.

The CBI court observed that the order on charge dated August 3, 2011, clearly specified that Chautala had spent Rs 1.35 crore on the construction of the Asola farmhouse during the period from May 24, 1993, till May 31, 2006. The court also noted that Vikas Bhayana, who was the Director of M/s Bhayana Builders Pvt Ltd, had deposed that their company had built a farmhouse at Asola at the behest of Chautala and even payment of Rs 80 to Rs 90 lakh was received in respect of the said construction. “In the entire cross-examination, the receipt of payment of Rs 80 to Rs 90 lakh from the accused for the purpose of construction of the farmhouse was never challenged,” it added.

SK Gupta, who was the project manager with M/s Bhayana Builders Pvt Ltd at Delhi, had also deposed that Ajay Chautala, son of OP Chautala, had visited the site twice in his presence. Surender Mohan Verma who was the District Valuation Officer in the Income Tax Department, Delhi, had proved his valuation report with regard to the farmhouse. In the report, the valuation of the farmhouse was shown at Rs 1.35 crore.

Rahul Bishnoi, who was the CA and had been associated with the Chautalas for more than 20 years, in his cross-examination, had admitted to the suggestion to purchase the land at Asola and subsequent construction thereupon, the court observed.

Even during the recording of the statement under Section 313 of the CrPC, Chautala chose to evade or remained silent on questions put to him regarding the existence of construction, payment made and valuation report of the Asola farmhouse. He also didn’t produce any photographs showing the Asola property to be vacant agricultural land.

Special Judge (PC Act) CBI, Vikas Dhull, had then dismissed Chautala’s plea on December 4, 2021, and imposed a cost of Rs 25,000 for filing the application without there being any merit and as a “ploy to delay the conclusion of the present case”.

Was convicted earlier too

Jan 2013: OP Chautala, his son and Dy CM Dushyant’s father Ajay and 53 others were given 10-yr jail term for JBT teachers’ recruitment scam

March 2015: The Delhi HC upheld the lower court’s order and in August 2015, the SC upheld the punishment

June 2021: The Delhi Govt granted a six-month special remission to those who had served 9.5 years of 10-year sentence in view of Covid and to decongest jails.

May 21, 2022: Chautala convicted in the disproportionate assets case. Punishment under the Prevention of Corruption Act, 1988, can’t be less than a year and can extended up to 7 years. He may be fined too.