Whip cracked on Yamunanagar traders for littering : The Tribune India 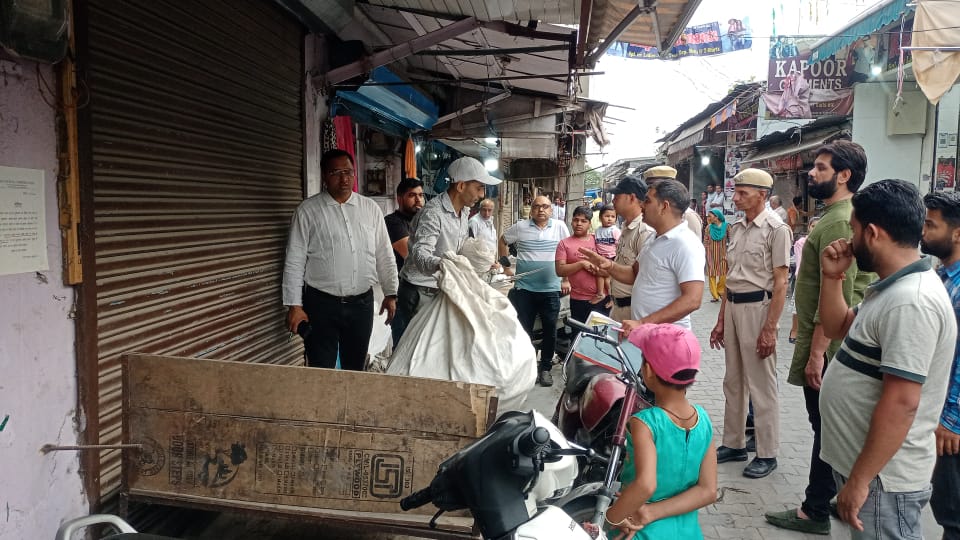 A team of Municipal Corporation, Yamunanagar-Jagadhri (MCYJ) today cracked a whip on shopkeepers for allegedly littering and encroaching land in front of shops in the Meera Bai Market of Yamunanagar.

The team of the Municipal Corporation, Yamunanagar-Jagadhri issued seven challans to the violators.

“We have started a drive against encroachment and littering,” said Anil Nain, Chief Sanitary Inspector of the Municipal Corporation, Yamunanagar-Jagadhri .

“We want to make the roads and markets encroachment free, so that people don’t have to face any problem due to encroachment,” said Anil Nain. He said several shopkeepers had encroached upon land by placing goods on the road.

He further said the anti-encroachment drive would continue in the twin cities of Yamunanagar and Jagadhri in future too. The violators will continue to be penalised. The market must be made encroachment free.