Woman falls off moving auto-rickshaw in Gurugram while fighting off phone-snatcher : The Tribune India 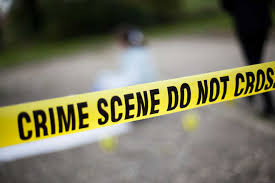 A 40-year-old woman was seriously injured after falling off a moving auto-rickshaw in Gurugram on Wednesday while trying to fight off a motorcyclist who was trying to snatch her mobile phone.

She was rushed to a private hospital where she remained unconscious in the ICU for two days.

The woman filed a complaint with the police on Wednesday and an FIR was registered against the unidentified snatcher at the Sushant Lok police station.

According to Kirat Kaur Kausar, a resident of Sector 56 here, she hired an auto-rickshaw after leaving her office at Cross Point Mall at around 9.30pm on Sunday.

“I was on my way home in an auto-rickshaw. As I reached near Rapid Metro Station in Sector 42, a man riding a bike came close to the auto and tried to snatch my mobile phone. I resisted but fell off the auto while the biker, wearing a helmet, decamped with my phone,” she told the police.

The woman fainted and was critically injured. The auto driver dropped her home and her father took her to the hospital.

"Gurugram is unsafe. I was lucky that there was no other vehicle behind the auto-rickshaw or I would have been run over," Kausar said.

Sanjeev Kumar, additional SHO, Sushant Lok police station, said they were trying to identify the snatcher with the help of CCTV footage.