Won't ally with any party in Haryana: AAP 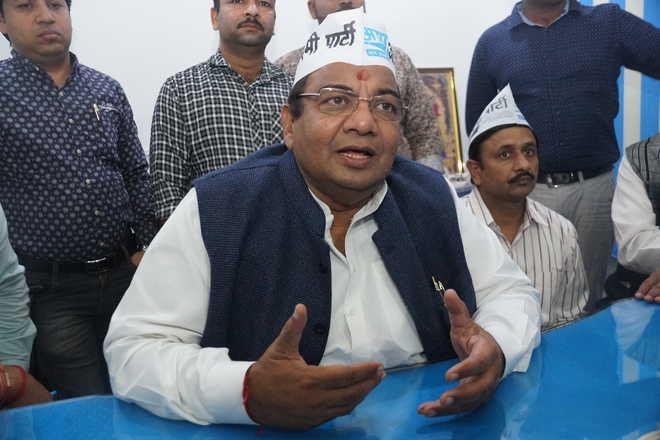 Aam Aadmi Party’s Rajya Sabha MP and Haryana in charge Sushil Gupta today said that AAP would form the next government in Haryana on its own and resolve the issue of SYL.

The AAP leader said that they would not forge an alliance with any party and would contest on its own. He also termed the alliance with Jannayak Janta Party in the past as a wrong experiment.

He was here in Ambala to address a gathering at the residence of former minister Nirmal Singh who has joined the AAP. Gupta said, “The Khattar government has no intention to resolve the issues of SYL and Chandigarh. They just want to keep these issues pending and politicise them. We will form the next government in Haryana. Then, there will be AAP government in both Haryana and Punjab and the issue of SYL will be resolved.” —