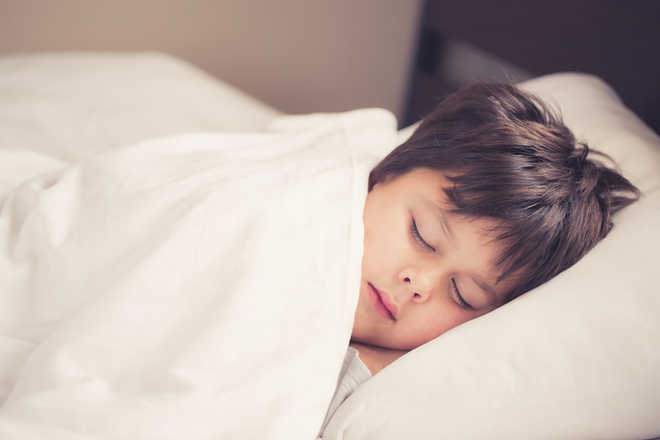 Deep sleep early in life, and plenty of it, may defend you against Alzheimer's that is a progressive brain disease and for which no treatment currently exists.

The brain washes itself during deep sleep, so there may be the chance to turn back the clock by getting deeper, restorative sleep earlier in life, say researchers from the University of California-Berkeley in the US.

“We have found that the sleep you're having right now is almost like a crystal ball telling you when and how fast Alzheimer's pathology will develop in your brain," said neuroscientist Matthew Walker, professor of psychology and neuroscience at UC Berkeley.

"The silver lining here is that there's something we can do about it," he added in a paper published in the journal Current Biology.

To reach this conclusion, Walker and fellow researchers matched the overnight sleep quality of 32 healthy older adults (in their 60s, 70s and 80s) against the build-up in their brains of the toxic plaque known as beta-amyloid – a key player in the onset and progression of Alzheimer's.

The beta-amyloid destroys memory pathways and other brain functions and afflicts more than 40 million people worldwide.

Each participant spent an eight-hour night of sleep in Walker's lab while undergoing polysomnography, a battery of tests that record brain waves, heart rate, blood-oxygen levels and other physiological measures of sleep quality.

The findings showed that the participants who started out experiencing more fragmented sleep and less non-rapid eye movement (NREM) slow-wave sleep were most likely to show an increase in beta-amyloid over the course of the study.

Typically, sleep begins with a NREM sleep stage, cycles through the three NREM stages, and is followed by a REM period. Each phase of sleep is important, but REM sleep is especially fascinating because it increases brain activity, promotes learning and creates dreams, according to previous studies.

The researchers were able to forecast the increase in beta-amyloid plaques, which are thought to mark the beginning of Alzheimer's.

"Rather than waiting for someone to develop dementia many years down the road, we are able to assess how sleep quality predicts changes in beta-amyloid plaques across multiple time points," said Joseph Winer, the study's lead author.

Although genetic testing can predict one's inherent susceptibility to Alzheimer's, and blood tests offer a diagnostic tool, neither offers the potential for a lifestyle therapeutic intervention that sleep does, the researchers pointed out.

"If deep, restorative sleep can slow down this disease, we should be making it a major priority," Winer said.

"We know there's a connection between people's sleep quality and what's going on in the brain, in terms of Alzheimer's disease. But what hasn't been tested before is whether your sleep right now predicts what's going to happen to you years later," Winer said.

The researchers got their answer.

"Measuring sleep effectively helps us travel into the future and estimate where your amyloid buildup will be," Walker noted.

Walker and Winer are now looking at how they can take study participants who are at high risk of contracting Alzheimer's and implement methods that might boost the quality of their sleep.

"Indeed, if we can bend the arrow of Alzheimer's risk downward by improving sleep, it would be a significant and hopeful advance," Walker said. IANS