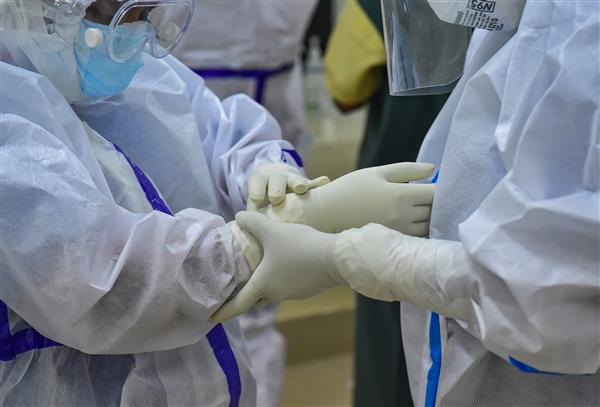 The Delta variant of the coronavirus may cause more severe illness than all other known versions of the virus and spread as easily as chickenpox, media reports quoting an internal document from the US health authority said.

The document from the Centers for Disease Control and Prevention (CDC) outlines unpublished data that shows fully vaccinated people might spread the Delta variant, first identified in India, at the same rate as unvaccinated people, reports said.

The contents of the document - a slide presentation - were first reported by The Washington Post on Thursday.

Dr Rochelle P Walensky, the director of the CDC, acknowledged on Tuesday that vaccinated people with so-called breakthrough infections of the Delta variant carry just as much virus in the nose and throat as unvaccinated people and may spread it just as readily, if less often.

But the internal document lays out a broader and even grimmer view of the variant.

The Delta variant is more transmissible than the viruses that cause MERS, SARS, Ebola, the common cold, the seasonal flu and smallpox, and it is as contagious as chickenpox, according to the document, a copy of which was also obtained by The New York Times.

The Delta variant -- originally known as B.1.617.2 -- might cause more severe disease, according to the document.

The immediate next step for the agency is to “acknowledge the war has changed,” the document said.

The document's tone reflects alarm among CDC scientists about Delta's spread across the country, the NYT quoted a federal official, who has seen the research described in the document, as saying.

The agency is expected to publish additional data on the deadly variant on Friday.

“The CDC. is very concerned with the data coming in that Delta is a very serious threat that requires action now,” the official said.

There are roughly 35,000 symptomatic infections per week among 162 million vaccinated Americans, according to data collected by the CDC as of July 24 that was cited in the internal presentation.

But the agency does not track all mild or asymptomatic infections, so the actual incidence may be higher.

Infection with the Delta variant produces virus amounts in the airways that are tenfold higher than what is seen in people infected with the Alpha variant, which is also highly contagious, the document noted.

The amount of virus in a person infected with Delta is a thousandfold more than what is seen in people infected with the original version of the virus, according to one recent study.

The CDC document relies on data from multiple studies, including an analysis of a recent outbreak in Provincetown, Massachusetts, which began after the town's Fourth of July festivities.

Walensky told CNN that the Delta variant "is one of the most transmissible viruses we know about. Measles, chickenpox, this -- they're all up there." And she said everyone in schools -- students, staff and visitors -- should wear masks at all times.

"The measures we need to get this under control -- they're extreme. The measures you need are extreme," Walensky said.

"The bottom line was that, in contrast to the other variants, vaccinated people, even if they didn't get sick, got infected and shed virus at similar levels as unvaccinated people who got infected," Walter Orenstein, who heads the Emory Vaccine Center and who viewed the documents, told CNN.

But vaccinated people are safer, the document indicates.

"Vaccines prevent more than 90 per cent of severe disease, but may be less effective at preventing infection or transmission," it reads.