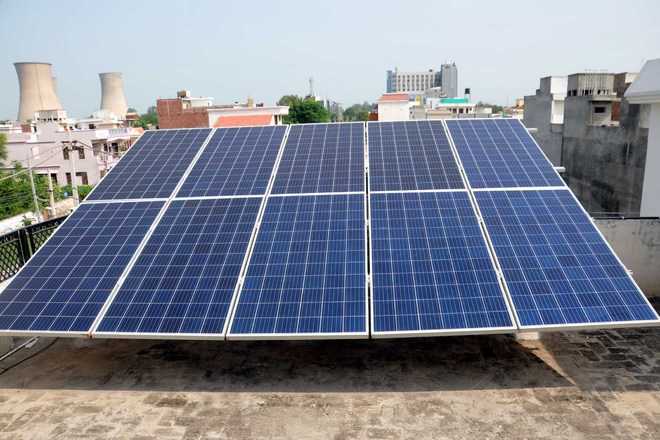 A team of Indian and Greek researchers have found that aerosols, dust and clouds reduce solar energy generation from photovoltaic and rooftop solar installations, resulting in substantial economic impact.

They have estimated that the impact of total aerosol optical depth on photovoltaic (PV) and rooftop installations amount to annual financial loss of up to Rs 15.5 lakh and the corresponding financial loss due to clouds and dust is Rs 24.7 lakh and Rs 5.6 lakh, respectively for a one megawatt power generation system.

The country has an installed solar power generation capacity of about 40 giga watts and is among the top five countries in the world in this regard. This estimation can help the Indian solar energy producers and the electricity handling entities for efficient transmission and distribution system operations and grid stability optimisation.

Recently, solar energy generation has been widely used in developing countries such as India, which has sufficient solar resources.

However, clouds and aerosols limit the solar irradiance causing performance issues in the PV installations and concentrated solar power (CSP) plants. To achieve the large-scale development of a solar system requires proper planning and there is a need to estimate the solar potential.

Researchers at the Aryabhatta Research Institute of Observational Sciences (ARIES), Nainital, and National Observatory of Athens (NOA), Greece, studied the impact of aerosols and clouds on the solar energy potential over a high-altitude remote location in the central Himalayan region.

The study, published in the journal, Remote Sensing, shows that dust and cloud cover increased the attenuation of radiation, leading to lower energy production levels. It was much stronger for clouds than for aerosols and dust. The scientists calculated the annual financial loss due to this loss in energy.

The research provides a comprehensive investigation of the impact of aerosols and clouds on solar energy production over the region, according to a statement issued by the Ministry of Science and Technology today. Furthermore, this study attempts a financial loss analysis by simulating a hypothetical scenario of a PV and CSP system with nominal power of 1 MW assumed to be installed in the central Himalayan region.

The scientists are now planning to connect the solar energy production levels and distribution with the consumption at selected local administrative units across India and quantify the aerosol and cloud effects into the solar forecasting and energy trading principles for a decentralised energy ecosystem.