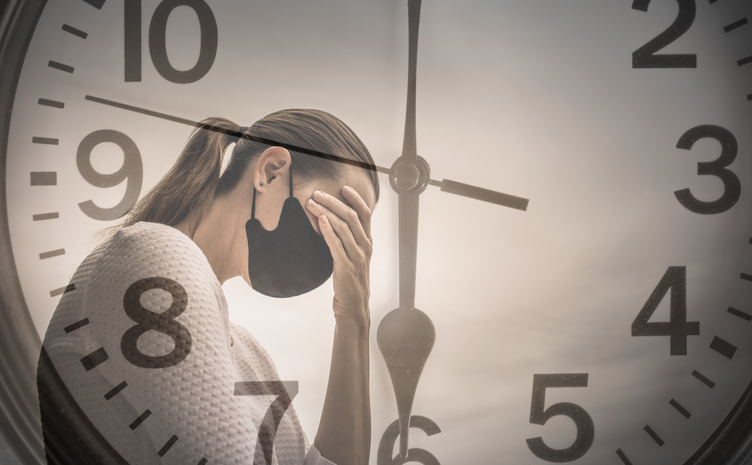 Fatigue and headache were the most common symptoms reported by people an average of over four months after recovering from COVID-19, according to a study.

The research, recently published in the journal Brain, Behavior, & Immunity -- Health, found that muscle aches, cough, changes in smell and taste, fever, chills and nasal congestion were next in the long line of lingering symptoms.

The findings support the growing evidence that there are chronic neuropsychiatric symptoms following COVID-19 infections, the researchers said.

“There are a lot of symptoms that we did not know early on in the pandemic what to make of them, but now it is clear there is a long COVID syndrome and that a lot of people are affected,” said Elizabeth Rutkowski, a neurologist at Augusta University in Georgia and the study’s corresponding author.

The preliminary findings involved 200 patients, who were recruited on average about 125 days after testing positive for COVID-19.

Eighty per cent of the participants reported neuropsychiatric symptoms with fatigue, the most common symptom, reported by 68.5 per cent, and headache close behind at 66.5 per cent.

Just over half reported changes in smell (54.5 per cent) and taste (54 per cent) and nearly half the participants (47 per cent) met the criteria for mild cognitive impairment, the researchers said.

As many as 30 per cent people demonstrated impaired vocabulary and 32 per cent had impaired working memory, they said.

Around 21 per cent participants in the study reported confusion, while hypertension was the most common medical condition in addition to bout with COVID-19, according to the researchers.

No participants reported having a stroke, weakness or inability to control muscles involved with speaking, and coordination problems were some of the less frequently reported symptoms, they said.

While the findings to date are not surprising and are consistent with what other researchers are finding, Rutkowski said the fact that symptoms reported by participants often did not match what objective testing indicated, was surprising.

For example, the majority of participants reported taste and smell changes, but objective testing of both these senses did not always line up with what they reported.

A higher percentage of those who did not report the changes actually had evidence of impaired function based on objective measures, the researchers said.

While the reasons are not certain, part of the discrepancy may be a change in the quality of the participant’s taste and smell rather than pure impaired ability, the researchers said.

Either way, the data suggests a persistent loss of taste and smell following COVID-19, they added.