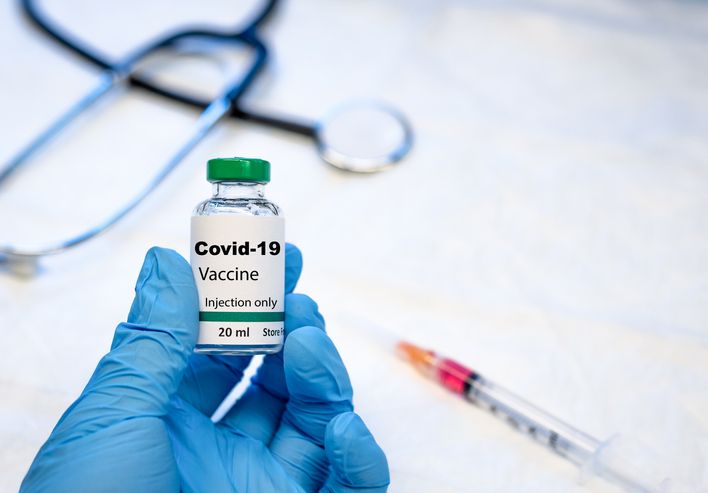 Several countries are administering a third and even fourth Covid booster shot but India, where many fully vaccinated individuals have not taken even one, is not there yet, say experts while stressing on the need for a structured and systematic response.

As Covid gets back on the radar with a surge in China and people worry about another wave in India and whether the government should now allow a second booster shot to add to the two-jab protection, some scientists have called for a reality check.

A fourth shot of a Covid preventive is unwarranted at the moment as most people in the country are yet to receive a third dose and there is no data available on the utility of a second booster for the currently used vaccines, they said. Besides, the situation in India where a large number of people have been exposed to the virus and also been vaccinated is quite different.

“There is no reason to expect that the Chinese situation, which is specifically shaped by the zero-Covid policies that the country implemented for almost three years, will predict anything in India,” said Satyajit Rath, adjunct faculty at the Indian Institute of Science Education and Research (IISER), Pune.

China has been witnessing thousands of cases daily in the last few weeks. On Wednesday, India logged 188 new coronavirus infections with a daily positivity rate of 0.14 per cent and the weekly positivity rate recorded at 0.18 per cent, the Union Health Ministry said.

“The Indian situation, with widespread actual infection in addition to vaccination, is quite different. And the Covid virus is after all spreading and therefore mutating in communities worldwide, not just in China, so new variants are emerging everywhere,” Rath told PTI.

“The Omicron wave hit India just about a year ago. If that infection did not trigger enough Omicron-specific immunity none of the vaccines currently available in India would provide further protection,” added fellow immunologist Vineeta Bal, also from IISER Pune.

The government on Wednesday cautioned that the next 40 days will be crucial as India may see a Covid surge in January. However, Anurag Agrawal, director of the CSIR-Institute of Genomics and Integrative Biology (IGIB) said the likelihood of a new big COVID-19 wave in India is very low.

“No quick steps are required right now beyond what is already done,” Agrawal told PTI.

“Alertness and tracking of our own data is mostly what is required. There are many trajectories in other countries that we haven’t followed as well,” he added.

Virologist Gagandeep Kang dismissed the chances of a new surge of cases in India in a series of tweets last week.

“At the moment, India is doing fine. We have few cases, we have had the XBB & BF.7 for a while and they have not driven an upsurge in India. In the absence of an even more highly infectious variant, I do not expect a surge,” Kang, professor at the Christian Medical College, Vellore, tweeted.

“The variants now circulating in China have been in the rest of the world for months. The behaviour of the virus is not any different from expected,” she wrote.

Countries such as the US and UK are administering third and fourth booster doses to fully vaccinated individuals as well as extra shots to the immunocompromised who did not have a strong immune response from their initial doses.

The meeting came against the backdrop of rising cases globally, especially in China, Japan, South Korea, and Thailand.

“Healthcare professionals are more exposed to a larger number of coronavirus infected patients resulting in cumulative accumulation of larger volume of viral load and repeated exposure to the virus which will trigger more infections among the healthcare community,” Jayalal told PTI.

“To counter that, they need augmented immunity against the virus,” he argued.

However, immunologist Bal disagreed, stressing that a fourth Covid vaccine dose is unwarranted at the moment for multiple reasons.

“Most Indians above the age of 18 have got their first dose but a very high number have not gotten second or third doses. So if the doctors are demanding an additional booster, it is a panic response, without reality check,” Bal, also from IISER Pune, told PTI.

According to government data, about 22.35 crore booster or precaution doses have been administered, which is 27 per cent of the total population eligible for boosters. That leaves the vast majority still without boosters.

Besides, Pfizer-BioNTech and Moderna, the manufacturers of two of the most widely used Covid vaccinations, have developed updated vaccines that more effectively protect against the newer Omicron variant.

In India, the currently used vaccines, including Covishield, Covaxin and the recently launched nasal vaccine, iNCOVACC, are designed from Wuhan strain of the SARS-CoV-2 vaccine and do not have Omicron-specific virus components in them.

According to Bal, the number of daily cases should be monitored, people landing at the airport should be initially tested randomly and routinely tested if cases increase.

Getting sequencing done on a subset of RT-PCR positive samples at the very least is essential since the variant prevalent in China, BF.7, is rarely identified in India, she said.

Rath agreed with Bal, saying authorities do not seem to have put any great effort into completing the delivery of the third ‘precautionary’ doses to everyone.

In Rath’s view, there is no evidence yet to indicate any major nationwide ‘wave’ of severe Covid illness. Both the government and society, he added, have failed in continuing to recognise that the pandemic is still ongoing and needs a long-term systematic public health-oriented and structured response.

“We certainly need ongoing vaccination, but we need evidence-based policies recommending which particular vaccines which categories of people should take as ongoing doses,” Rath said.

Bal said the fear of Covid gaining ground should be used for vaccinating children.

“As far as I know, at least two vaccines, Corbevax and Gennova’s mRNA vaccine, are approved for, or were seeking approval for the five-year plus age group,” she added.

“Covaxin is also approved for children. We have seen horrendous disruption in young people’s lives with schools and colleges shutting down earlier. That should be prevented at any cost now. Hence emphasis on vaccination for below 18 age-groups is critical,” said Bal.

Going forward, Bal said, the need is to increase surveillance.

“Provide enough infrastructure and money to carry out surveillance and set up a robust routine surveillance machinery for the country to monitor any and every infectious disease,” she added.