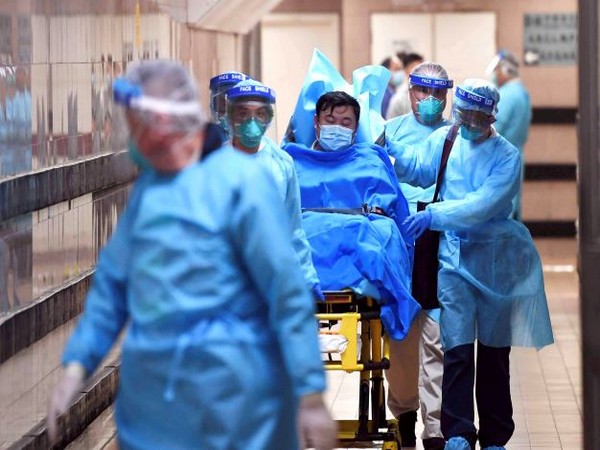 According to the state-run China News Service, after getting trained, community doctors would dispense the medicine to Covid-19 patients and also disseminate information on how to use it.

"We have received a notice from officials but it is not clear when the drug will arrive," CNN cited a worker at a local community health centre in Beijing's Xicheng district as saying.

Paxlovid remains the only foreign Covid drug that has been approved by China's regulator for nationwide use, but access to the medicine is a challenging process.

China's National Health Security Administration informed on Sunday that Pfizer's Paxlovid oral medicine, which is used to deal with Covid-19, couldn't be included in the "register of drugs in the basic medical insurance", as the corporate's citation was too excessive, media reports said.

Meanwhile, the demand for Indian generic drugs has shot up in China amid the ongoing Covid surge in the country, with specialists cautioning that dubious variations of those drugs were flooding the market.

Due to the large and quick supply of Paxlovid, demand for Indian generic variations via Chinese e-commerce platforms has gone up.

"On the Chinese e-commerce platforms... At least four generic Covid drugs produced in India -- Primovir, Paxista, Molnunat, and Molnatris -- have been listed for sale in recent weeks. Primovir and Paxista are both generic versions of Paxlovid, while the other two are generic versions of Molnipiravir," Chinese media outlet Sixth Tone reported.

The rapid policy change has triggered panic buying of fever and cold medications, resulting in significant shortages at pharmacies and online shopping platforms. Long lineups have become the norm outside fever clinics and hospital wards in the country's capital, Beijing, and elsewhere, according to CNN.

However, the intensity and magnitude of the country's first nationwide outbreak have remained a mystery as official figures from the central government remain low.

China's healthcare system, catering to 1.4 billion people, is reportedly under tremendous strain because of the steep prices of drugs manufactured by multinational pharmaceutical giants.

As things stand, the hospitals are all full, whether government or private, a report said, adding that there is no place for more patients to get admission.

Getting a bed is out of the question, while walkways and aisles are full of patients lying on damp floors, the report said.

The majority of the patients are left to their fates outside of the government health apparatus, the report said, adding that millions do not have access to medicine, oxygen, respiratory machines or other medical equipment.

The only thing they access is a medical drip, it said.

Fears of the elderly losing their lives either to the infection or their comorbidities are growing because of these inadequacies, reported The HK Post, adding that most of the elderly patients are developing other health complications, especially lung infections.