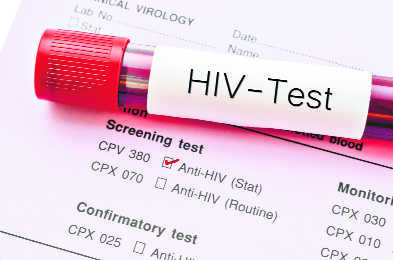 Researchers at the Indian Institute of Science (IISc) here have developed artificial enzymes that they said can successfully block reactivation and replication of the Human Immunodeficiency Virus (HIV) in the host's immune cells.

Made from vanadium pentoxide nanosheets, these "nanozymes" work by mimicking a natural enzyme called glutathione peroxidase that helps reduce oxidative stress levels in the host's cells, which is required to keep the virus in check, an IISc statement said on Thursday.

The study, published in 'EMBO Molecular Medicine, was led by Amit Singh, Associate Professor and Wellcome Trust-DBT India Alliance Senior Fellow at the Department of Microbiology & Cell Biology and Centre for Infectious Diseases Research (CIDR), and Govindasamy Mugesh, Professor at the Department of Inorganic and Physical Chemistry.

"The advantage is that the nanozymes are stable inside biological systems and do not mediate any unwanted reactions inside the cells," Mugesh said. "They are also quite easy to prepare in the lab."

There is currently no way to eliminate HIV from a patient's body completely, according to the statement.

Anti-HIV drugs are only successful in suppressing the virus; they fail at eradicating HIV from infected cells. The virus hides inside the hosts immune cells in a "latent" state and stably maintains its reservoir.

When the levels of toxic molecules such as hydrogen peroxide increase in the host's cells, leading to a state of increased oxidative stress, the virus gets "reactivated" - it emerges from hiding and begins replicating again, it said.

A few years ago, Amit Singh's team developed a biosensor to measure oxidative stress levels in HIV-infected immune cells in real-time, it was stated.

"We found that to come out of latency and reactivate, HIV needs very little oxidative stress," he said.

One way to prevent reactivation is to keep the oxidative stress constantly low, which would "lock" the virus in a permanent state of latency.

Enzymes such as glutathione peroxidase are essential for this process; they convert toxic hydrogen peroxide to water and oxygen. However, inducing the host cells to produce more quantities of these enzymes could disrupt the tightly regulated cellular redox machinery.

Around the same time, Mugesh's group published a study showing that nanowires made of vanadium pentoxide can efficiently mimic the activity of glutathione peroxidase.

Singh's lab, therefore, decided to collaborate with them.

The researchers prepared ultrathin nanosheets of vanadium pentoxide in the lab and treated HIV-infected cells with them.

The sheets were found to reduce hydrogen peroxide just as effectively as the natural enzyme and prevent the virus from reactivating.

"We found that these nanosheets were having some sort of direct effect where the expression of the host genes essential for virus reactivation is reduced," said Shalini Singh, first author and Research Associate at CIDR.

When the team treated immune cells from HIV-infected patients undergoing antiretroviral therapy (ART) with the nanozymes, latency was induced faster and subsequent reactivation was suppressed when therapy was stopped, indicating that combining the two was more effective, she added.

Combining ART with the nanozymes also has other advantages.

Some ART drugs can cause oxidative stress as a side effect, which can damage heart or kidney cells, Amit Singh said.

"Adding a nanozyme like this can help in reducing the side effects caused by such ART drugs." This can improve the quality of life of HIV patients undergoing treatment.

Although the nanozymes were found to be harmless to normal cells in lab tests, Mugesh said further studies are needed to understand if they can have other effects once they are introduced inside the body.

"Where will they go? Which organs will they enter? How long will they stay in the body? We need to look at all these aspects," he added. — PTI