Medical cannabis could be better alternative to opioids in managing pain : The Tribune India

Medical cannabis could be better alternative to opioids in managing pain 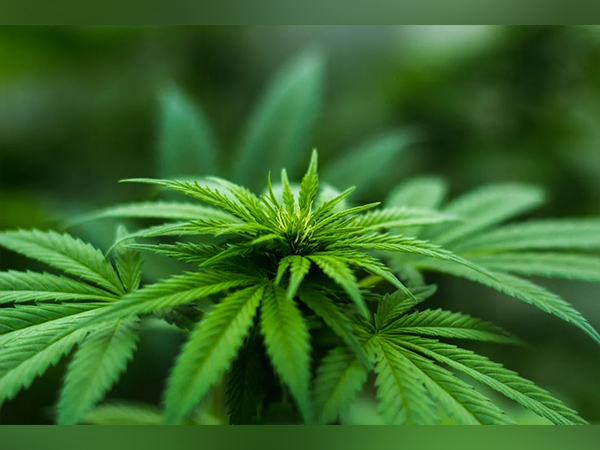 However, research into the viability of substituting medical cannabis for opioids is limited. ANI

A new study of thousands of patients has concluded that medical cannabis could be an important alternative to opioids for pain management.

The research, published in the peer-reviewed journal Substance Use and Misuse, found that people reported being in less pain and could function better physically and socially, after using medical cannabis.

It also found that the majority of those who had been taking oxycodone, codeine and other opioids to treat their pain were able to stop or reduce them via using medical cannabis.

The results indicate that, used under proper medical supervision, medical cannabis - cannabis and cannabis-based medicines - could reduce opioid use in certain individuals. This may help to alleviate the opioid epidemic in the US, though more research is needed.

Opioids are effective painkillers but are they are also highly addictive.

Drug overdose deaths involving opioids (prescription and non-prescription, such as heroin) have increased more than eight-fold since 1999 in the US, with more than 550,000 deaths from 1999 to 2020.

Although the US is at the centre of opioid crisis, the issue is an increasing public health concern in other countries, including the UK, Sweden and Australia.

The use of medical cannabis is now legal in the majority of states in the US and patients are increasingly using it instead of opioids to control pain.

However, research into the viability of substituting medical cannabis for opioids is limited.

To find out more, researchers from Emerald Coast Research, a contract research organisation based in Florida, and Florida State University College of Medicine, carried out a detailed survey of medical cannabis users shortly after its medical use was legalised in the state.

The 2,183 participants had a range of conditions, including anxiety disorders, chronic pain, depression, insomnia and post-traumatic stress disorder (PTSD).  Most were using medical cannabis daily.

Answers to the 66-question survey revealed that most of the participants (90.6%) found medical cannabis to be very or extremely helpful in treating their medical condition and most (88.7%) said it was very or extremely important to their quality of life.

Levels of pain improved in 85.9% of participants. Some 84% said that health problems weren't interfering with their normal social activities as much as before and more than half said physical activities, from housework to running, weren't as difficult as they had been.

The majority of participants (68.7%) experienced at least one side-effect, the most common of which were dry mouth, increased appetite and drowsiness.

Most (61%) of the participants were taking opioids before being prescribed medical cannabis, with many (70.5%) taking them for at least two years.

Further analysis found that 79% of those who had been taking opioids were able to stop or reduce them.

The study's authors, two of whom have financial or business links to a medical cannabis company, say that their results indicate that medical cannabis can be used instead of opioids to manage pain, without harming health.

"A large number of people feel the need to take opioid pain medication," says researcher Carolyn Pritchett, a neuroscientist and biological psychologist. "If there's the option to instead use a medicine with less harmful side-effects, including a lower risk of overdose and death, then it should perhaps be considered. But more research, including studies that follow patients over time, is needed before substituting opioid painkillers for medical cannabis becomes commonplace." Dr Pritchett adds that it is vital the use of medical cannabis for pain relief is medically supervised. "Like any other medicine with side-effects, patients should be regularly monitored and assessed for adverse events, abuse disorder and other issues," she says.

The study's limitations include the use of self-selected participants. The participants also filled in the survey retrospectively and so may have been subject to recall bias.