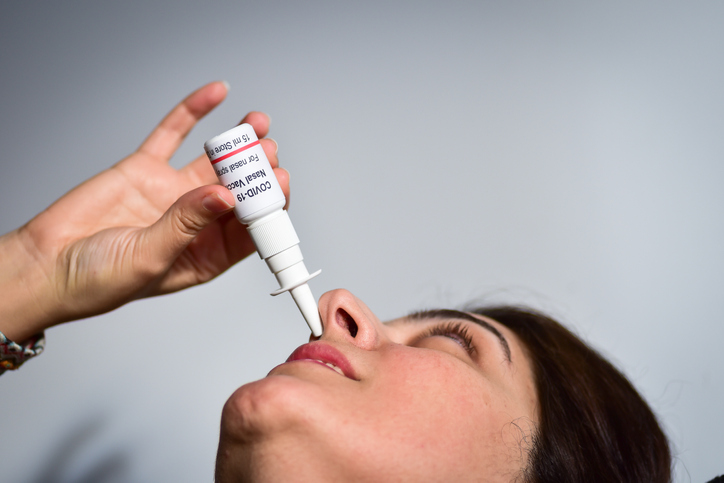 A nasal spray administered in high-risk adult COVID-19 patients in India reduced viral load by 94 per cent within 24 hours and 99 per cent in 48 hours, according to the results of Phase-3 trial of the drug published in The Lancet Regional Health Southeast Asia journal.

The study on Nitric Oxide Nasal Spray (NONS) was conducted by Mumbai-based pharmaceutical company Glenmark in 306 vaccinated and unvaccinated adults with symptomatic mild COVID-19 across 20 clinical sites in India.

The trial evaluated a seven-day treatment of NONS plus standard of care versus placebo nasal spray and standard care in patients with symptomatic COVID-19. NONS was self-administered six times daily as two sprays per nostril for seven days.

The study was conducted during the Delta and Omicron surges. The research found that high-risk patients who received NONS had significant reduction in viral load within 24 hours, which was sustained over seven days of treatment.

“The robust double-blind trial demonstrated significant efficacy and remarkable safety of NONS,” Monika Tandon, Senior VP & Head - Clinical Development, Glenmark, and one of the authors of the study said.

“This therapy has the potential to make a crucial contribution to COVID-19 management, with its ease of use in the current highly transmissible phase of pandemic,” Tandon said in a statement.

NONS was launched in India under the brand name FabiSpray in February, after it received manufacturing and marketing approval from the Drugs Controller General of India (DCGI) as part of the accelerated approval process.

Nitric Oxide blocks entry into the nasal passage, kills the virus, and stops its replication, which is why viral load is reduced so rapidly with NONS, the statement said.

The median time to viral cure was three days in the NONS group and seven days in the placebo group after the start of the treatment, it said.

The proportion of immediate contacts having a positive COVID-19 test or becoming symptomatic, remained nearly the same in the NONS group while it numerically increased in the placebo group over the treatment, the authors added.