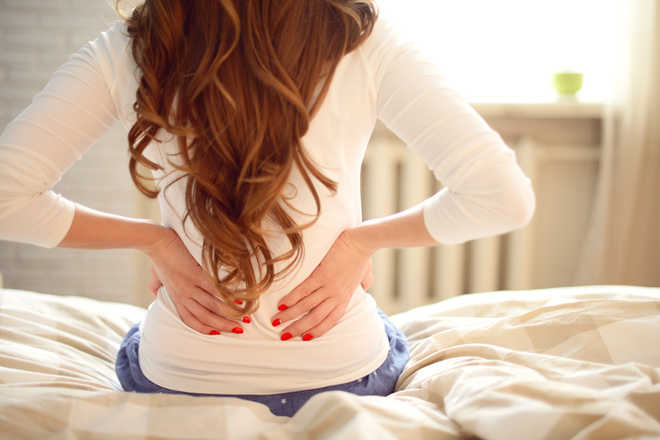 A newly developed material which could promote new tissue growth and generation could advance the treatment of spinal cord injury, according to a new study.

The team at the University of Limerick (UL) developed new hybrid biomaterials in the form of nanoparticles and building on existing practice in the tissue engineering field, were successfully synthesised to promote repair and regeneration following spinal cord injury, the study said.

“Spinal Cord Injury remains one of the most debilitating traumatic injuries a person can sustain during their lifetime, affecting every aspect of the person’s life,” explained Maurice N Collins, Associate Professor, University of Limerick.

“The debilitating disorder results in paralysis below the level of injury and, in the US alone, the annual healthcare costs for SCI patient care are USD9.7 billion. As there is currently no widely available treatment, continuous research into this field is crucial to find a treatment to improve the patient’s quality of life, with the research field turning towards tissue engineering for novel treatment strategies,” said Collins.

“The field of tissue engineering aims to solve the global problem of shortages of donated organs and tissues, in which a new trend has emerged in the form of conductive biomaterials. Cells in the body are affected by electrical stimulation, especially cells of a conductive nature such as cardiac or nerve cells,” explained Collins.

The research team describes a growing interest in the use of electroconductive tissue engineered scaffolds that has emerged due to the improved cell growth and proliferation when cells are exposed to a conductive scaffold, the study published in the journal Biomaterials Research said.

“Raising the conductivity of biomaterials to develop such treatment strategies typically centres on the addition of conductive components such as carbon nanotubes or conductive polymers such as PEDOT:PSS, which is a commercially available conductive polymer that has been used to date in the tissue engineering field,” explained lead author Aleksandra Serafin.

“Unfortunately, severe limitations persist when using the PEDOT:PSS polymer in biomedical applications. The polymer relies on the PSS component to allow it to be water soluble, but when this material is implanted in the body, it displays poor biocompatibility,” said Serafin.

“This means that upon exposure to this polymer, the body has potential toxic or immunological responses, which are not ideal in an already damaged tissue which we are trying to regenerate. This severely limits which hydrogel components can be successfully incorporated to create conductive scaffolds,” said Serafin.

Novel PEDOT nanoparticles (NPs) were developed in the study to overcome this limitation. Synthesis of conductive PEDOT NPs allows for the tailored modification of the surface of the NPs to achieve desired cell response and increasing the variability of which hydrogel components can be incorporated, without the required presence of PSS for water solubility.

In this work, hybrid biomaterials comprised of gelatin and immunomodulatory hyaluronic acid, a material which Professor Collins has developed over many years at UL, was combined with the developed novel PEDOT NPs to create biocompatible electroconductive scaffolds for targeted spinal cord injury repair.

A complete study of the structure, property, and function relationships of these precisely designed scaffolds for optimised performance at the site of injury was carried out, including in-vivo research with rat spinal cord injury models, which was undertaken by Serafin, University of California San Diego, which was a partner on the project.

“The introduction of the PEDOT NPs into the biomaterial increased the conductivity of samples.

“In addition, the mechanical properties of implanted materials should mimic the tissue of interest in tissue engineered strategies, with the developed PEDOT NP scaffolds matching the mechanical values of the native spinal cord,” explained the researchers.

Biological response to the developed PEDOT NP scaffolds was studied with stem cells in-vitro and in animal models of spinal cord injury in-vivo. Excellent stem cell attachment and growth on the scaffolds was observed, the study reported.

Testing showed greater axonal cell migration towards the site of spinal cord injury, into which the PEDOT NP scaffold was implanted, as well as lower levels of scarring and inflammation than in the injury model which had no scaffold, according to the study.

Overall, these results show the potential of these materials for spinal cord repair, say the research team.

“The impact that spinal cord injury has a on a patient’s life is not only physical, but also psychological, since it can severely affect the patient’s mental health, resulting in increased incidences of depression, stress, or anxiety,” explained Serafin.

“Treating spinal injuries will therefore not only allow for the patient to walk or move again but will allow them to live their lives to their full potential, which makes projects such as this one so vital to the research and medical communities.

“In addition, the overall societal impact in providing an effective treatment to spinal cord injuries will lead to a reduction in health care costs associated with treating patients,” said the researcher.

“These results offer encouraging prospects for patients and further research into this area is planned,” said the lead author.