Pfizer will pay $148.50 in cash for each share of Biohaven, which makes Nurtec ODT for treating and preventing migraines and has a nasal spray under development 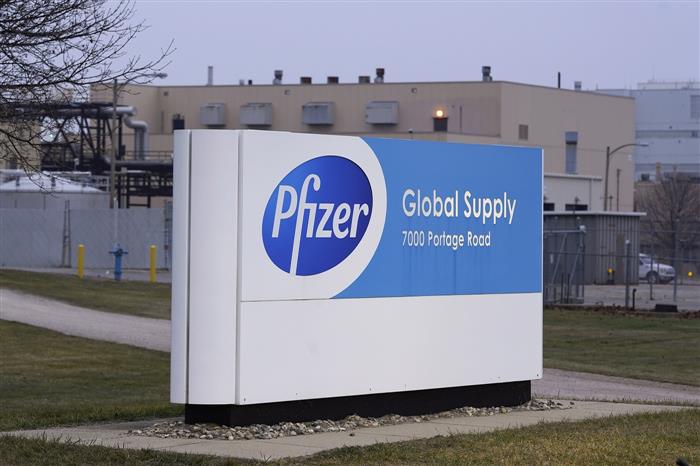 Pfizer is starting to put its Covid-19 cash influx to use by spending $11.6 billion to venture deeper into a new treatment area.

The New York vaccine and cancer drug maker said Tuesday it will use cash on hand to buy the remaining portion of migraine treatment developer Biohaven Pharmaceuticals it does not already own.

Pfizer will pay $148.50 in cash for each share of Biohaven, which makes Nurtec ODT for treating and preventing migraines and has a nasal spray under development.

Pfizer Inc. brought in more than $14 billion in sales during the recently completed first quarter from its Covid-19 vaccine Comirnaty and its new pill treatment for the virus, Paxlovid.

Most of that came from Comirnaty, which also rang up nearly $37 billion in sales last year. But revenue from Comirnaty, which Pifzer developed with BioNTech, is expected to fade in the coming years, and Pfizer also faces the loss of patent protection for some key products in its broad portfolio over the next decade.

The company plans to have about $25 billion in sales by 2030 come from new business developments.

The deal announced Tuesday is a step in that direction. U.S. regulators approved Nurtec tablets for treating migraines in February 2020 and for preventing them about a year ago.

Nurtec ODT brought in nearly $124 million in sales in the first quarter, and Biohaven expects $825 to $900 million in product sales this year.

Last November, Pfizer said it would invest $350 million in Biohaven to help sell Nurtec OTD and the spray, zavegepant, outside the United States.

Pfizer said Tuesday the spray is on track for U.S. acceptance in the current quarter, and an oral gel version of it also is being developed for preventing chronic migraines.

The deal price announced Tuesday represents a 33 per cent premium over Biohaven’s 90-day weighted average trading price of $111.70 for Biohaven Pharmaceutical Holding Co. Ltd., which is based in New Haven, Connecticut.

The deal for Biohaven also includes some other potential treatments in early stages of development.

Other elements of Biohaven’s late-stage development pipeline will go to a new, publicly traded company that keeps the Biohaven name.

The boards of both Pfizer and Biohaven have approved the sale, but Biohaven shareholders and regulators till need to ok it.

It is expected to close by early 2023, once the new company spinoff is completed.

Shares of Biohaven, which had tumble below $100 in recent weeks, soared about 70 per cent before the opening bell to $141.50. Pfizer’s stock slipped. AP