Planning to resume exercise after a long break?

Be aware, your body is probably not the same as it used to be 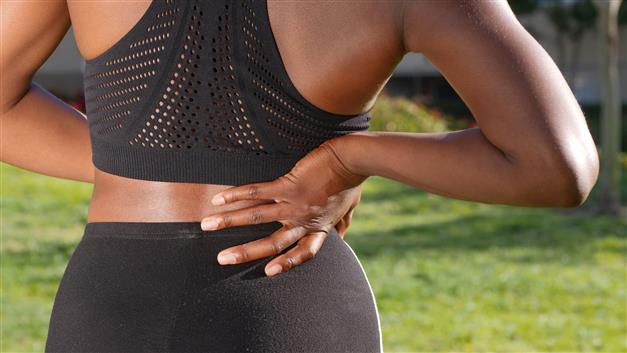 A former cricketer was telling me the other day about the perils of bursting into athletic activity after a long layoff.

He had dropped out of the competitive game more than a decade ago, but had stayed fairly fit into his forties, jogging and playing friendly matches with the soft ball on Sundays with old cricketing friends.

“Our Sunday matches used to energise me for the whole week, not entirely because of the physical activity, but also because of the comradery involved and the reliving of old memories,” he told me.“We talk of the old days as we wait for our turn to bat. While one would soliloquize about a swashbuckling innings he had played in 2008, another would wait for his chance to speak abouta blinding catch he had taken at short leg in 2010. Yet another would then excitedly tell us how he could still feel the impact of the ball on the bat when he hit the first ball of an innings for a six over the straight field off a fast bowlerback in those days”

“We love to live in our memories,” he continued. “When we get on to the field, we tend to forget weare physicallynot in the same condition as we were when we were young, or even just two years ago. Everything is like yesterdayat the back of your mind, but your body has no longer the reflexes it had yesterday.”

The long and short of the story he was telling me was that when the old friends got together recently after a gap of two years because of Covid restrictions, disaster followed. “During the match, I had to be carried off the field on a stretcher with a torn hamstring muscle when I tumbled over trying to take a running catch. Another player dislocated his right shoulder trying to bowl as fast as he used to bowl before the pandemic,” he said.

Whether you are resuming your cricket, shuttle badminton, tennis, jogging, or workouts in a gym after a long layoff, this is a danger you can easily avoid by getting your body into the right condition before launching into the same kind of exertion you used to do earlier. If you are going to get back to the gym and hit the weights as hard as you were doing before lockdown, it is going to be a recipe for disaster. Same goes with running or playing any sport item.

Picking up a random routine from the internet to shed those extra kilos that you might have put on may not be the smartest thing to do.Getting back into the right body weight alone is not enough if your fitness regime used to involve playing a sport that calls for quick body movements, because your joints are not as mobile as they were earlier and your muscles have lost some of its strength during the period of your physical inactivity. It is best to start the process of returning to your old regime by warming up into it.

It may mean going back to the gym and starting off a beginner routine all over again. Do mobility drills, do a 30 minute easy workout, stretch and see how your body is responding and slowly go up on exercise intensity. You will always feel that you can do more, but being smart means, not giving in for that urge to go all out from day 1.

It is very much like getting a vehicle into motion from its stationary position. There is a first gear, a second, a third, a fourth and a fifth. It you start on the fourth or the fifth gear, the engine would sputter and stop.

(The author is co-founder and Product head at Alpha Coach and writes a fortnightly column on fitness for www.tribuneindia.com)