Why Covid-19 is more deadly for some with diabetes 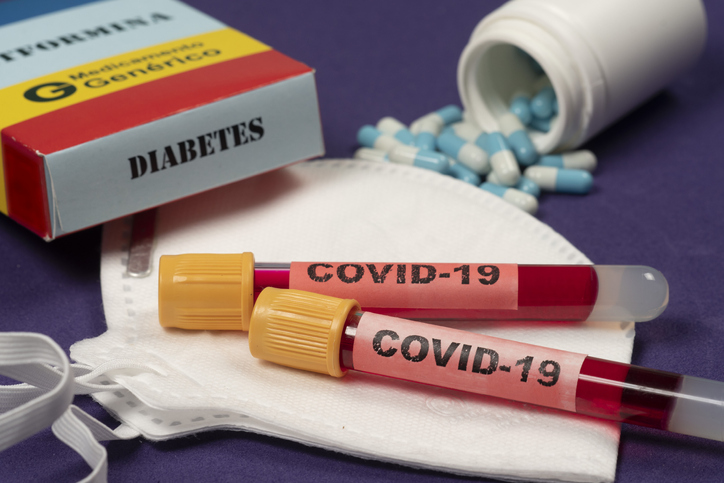 A research presented at the annual meeting of the European Association for the Study of Diabetes (EASD) has shown that certain characteristics put some people with diabetes at higher risk of serious illness and death than others.

An analysis of over 1,000 patients by researchers from the NHS Foundation Trust, England, showed that those with Type 2 diabetes were 2.5 times as likely to die within seven days of admission as those with other types of diabetes.

This may be because Type 2 diabetes usually occurs in older people and can be accompanied by other long-standing health conditions, putting them at higher risk of poorer outcomes, the team explained.

Further, those who had insulin infusions were, half as likely to die as those who didn't need IV insulin, showing that better blood sugar control can improve outcomes in patients with severe Covid and diabetes.

The study included 1,004 patients with an average age of 74.1. About 7.5 per cent were admitted to intensive care and 24 per cent died within seven days of admission to hospital.

Risk of death was also 2.74 times higher among under-70s with chronic kidney disease than those without.

"According to several studies, patients with diabetic kidney disease have a chronic pro-inflammatory state and immune dysregulation, making it difficult to 'fight off' the virus compared to someone who has a properly working immune system," said Llanera, who has recently moved to Imperial College London.

"In addition, ACE2 receptors are upregulated in the kidneys of patients with diabetic kidney disease. These are molecules that facilitate entry of SARS-COV-2 into the cells. This may lead to direct attack of the kidneys by the virus, possibly leading to worse overall outcomes,a he noted.

The combination of older age and high CRP (a marker of inflammation) was linked to a more than three-fold (3.44) higher risk of death by Day 7.

The higher CRP correlates with a high degree of inflammation, which can eventually lead to organ failure, the researchers said.

The data has been used to create a model, which, if applied to a patient with similar demographic characteristics, can predict a higher risk of death in seven days using only age and CRP as variables. — IANS