10,000 teachers to be regularised in Himachal

Apple support price under MIS raised to Rs 8.50 per kg 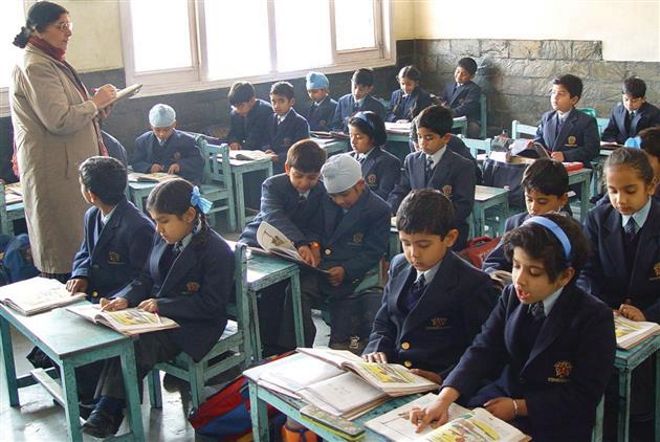 The government has decided to regularise the services of about 10,000 PAT, PTA and para teachers, who are serving in various government schools. It also approved interest subvention on working capital loan for the Covid-hit hospitality industry.

The decisions were taken at a Cabinet meeting chaired by Chief Minister Jai Ram Thakur here today. The decision to regularise the services of teachers would benefit about 6,500 PTA, 3,300 PAT and 97 para teachers serving in various government schools.

The Cabinet decided that the Transport Department would draft a similar interest subvention scheme for the affected transporters. It decided to enhance the award amount of War Jagir from existing Rs 5,000 to Rs 7,000 per annum to be given to the families of war veterans.

The Cabinet also gave nod to enhancing the support price of apple under the Market Intervention Scheme (MIS) by 50 paise from Rs 8 to Rs 8.50 per kg. Under the scheme, about 1.50 lakh MT apple would be procured from July 20 to November 15, for which 283 procurement centres would be opened, as per the demand of apple growers.

It also accorded its consent to procure seedlings of mango, achari mango and grafted mango at the rate of Rs 8.50 per kg. Similarly, the Cabinet also decided to provide a support price of Rs 7.50 per kg for ‘B’ grade kinnow, malta and orange and Rs 7 per kg for ‘C’ grade kinnow, malta and orange. The procurement price of galgal had been fixed at Rs 6 per kg under the MIS.

The Cabinet approved the guidelines for providing assistance to the promotion of cultivation of aromatic plants and their processing under the new scheme ‘Mehak’, launched by the state government to double the income of farmers.

It gave consent to fill 500 posts of Junior Office Assistant (IT) on a contract basis in the Education Department and 42 posts in the State Human Rights Commission.

The Cabinet also approved the guidelines for the installation of permanent structures of bamboo or steel for anti-hail nets under the ‘Krishi Utpaad Sarankshan (anti-hail net) Yojana (KUSHY), for which an assistance of 50 per cent would be provided to all categories of farmers.