12 days on, Mandi-Pathankot NH restored to traffic : The Tribune India 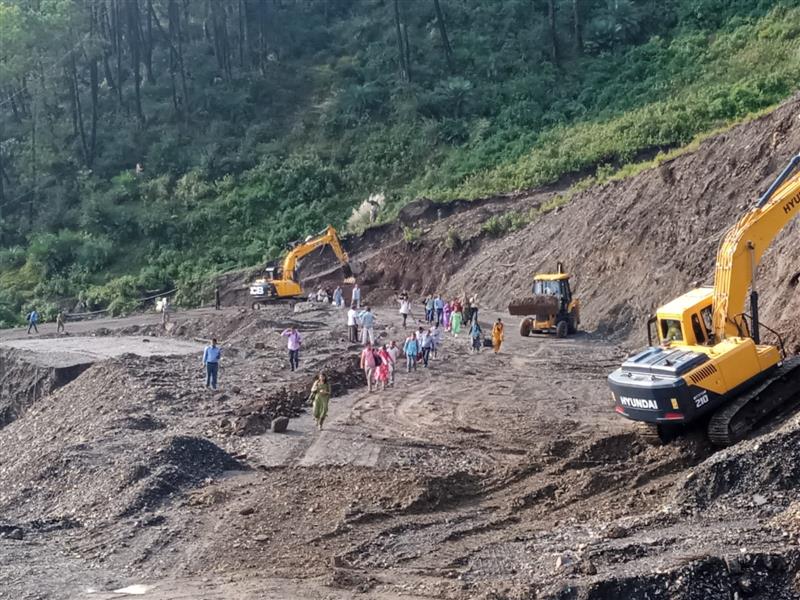 The National Highways Authority of India (NHAI) yesterday restored the strategically-important Mandi-Pathankot highway to traffic at Kotrupi in Padhar subdivision of Mandi district after almost 12 days. The highway was blocked on August 19 after a huge portion of it was damaged due to heavy rain at Kotrupi.

The NHAI was struggling to reopen the highway, which is used by the Indian Army to move towards Ladakh region during summer.

Sahil Joshi, Site Engineer of NHAI, said, “Yesterday, we restored the highway to traffic. However, it is fit only for the movement of 42-seater buses and light vehicles. The road was severely damaged and so it took time to restore it. Now, efforts are on to restore it to heavy vehicle movement, especially trucks carrying heavy loads.”

He said that the NHAI had engaged its workforce and machinery to widen the road stretch and stabilise it at Kotrupi for the movement of heavy vehicles. “We have been working relentlessly to complete the task early for the convenience of common people, who travel on the highway daily. This highway connects the Chandigarh-Manali-Leh highway in Mandi,” he added.

The highway was blocked on August 19 after a huge portion of it was damaged due to heavy rain at Kotrupi.