Critical patients continue to be referred to Chandigarh or Shimla, rue residents 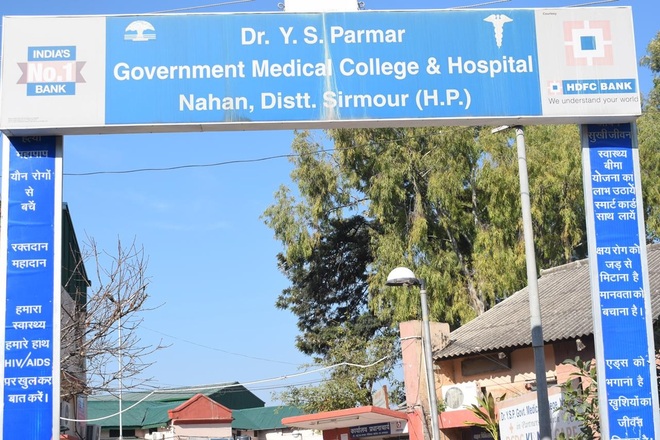 As many as 129 posts under different categories, including 10 medical officer (MO), are lying vacant in the Nahan-based Dr YS Parmar Government Medical College.

Out of the 21 sanctioned posts, only 11 MOs are there in the college. Several other key positions, like 42 senior lab technician, six blood bank technician, 19 lab assistant and as many pharmacist, three ophthalmic officer, 12 operation theatre assistant and 4 radiographer, are lying vacant for months.

The absence of adequate staff, especially lab technician, hinder the process of diagnosis and further treatment of patients. Critical patients continue to be referred to the Indira Gandhi Medical College and Hospital (IGMC) in Shimla or the PGI in Chandigarh, rued Rakesh, a local resident.

Shillai MLA Harshwardhan Chauhan, who had raised the issue in the recent Vidhan Sabha session, said, “The purpose of providing specialty health services to the residents has been defeated as 129 posts are lying vacant.”

He said patients were being asked to wait for months for major surgeries with key machines awaiting repair for months. Residents also rue that despite spending crores of rupees on providing residence to doctors, several of them commuted from Chandigarh and its nearby areas.

The All India Janwadi Mahila Samiti, too, has written to the Chief Minister, requesting him to address various issues, including filling the vacant posts. Samiti members also say that the wages of the outsourced employees and cleanliness staff be enhanced.

They have made a representation to the college principal, listing various issues which have been causing hardship to patients.

The college was established in 2016 after upgrading the regional hospital. In July this year, it was granted recognition by the National Medical Council for the MBBS degree awarded by Himachal Pradesh University to its 100 students admitted during 2016-17. This was the first batch that had passed out.

The college was in the news when the patients had protested against mismanagement during the CM’s visit here amid the pandemic.