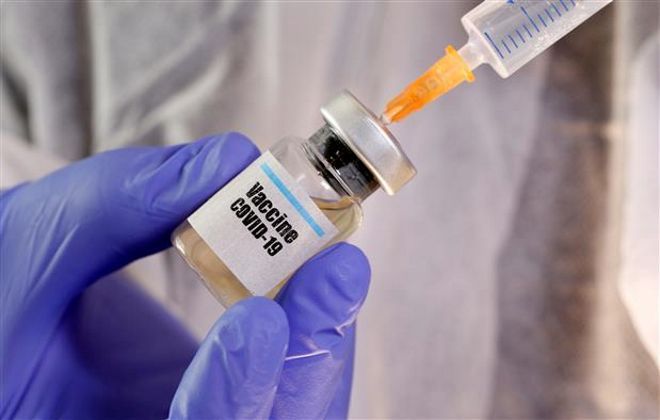 As many as 180 health workers were vaccinated at two hospitals in Sirmaur district on the first day of the campaign today.

The first shot was administered to Hira Pal, a health staffer at Government Medical College, Nahan. The health staff performed the ceremonial puja by applying vermillion on his forehead. Principal of medical college Dr NK Mahindru and Chief Medical Officer Dr KK Prashar were present on the occasion.

All preparations have already been made to vaccinate about 3,100 of the 5,645 health staffers in the first phase. On Monday, vaccination would be given to 3,200 health staffers at five sites in the district.

Pruthi said that facilities such waiting, vaccination and observations rooms had been provided at all sites.