Say ready to fight both virus and legal battle 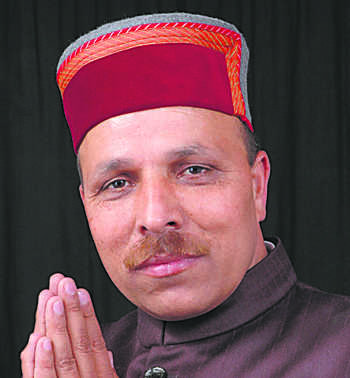 Tribal women settled in tiny hamlets spread over Himalayan peaks of the picturesque Spiti Valley of Himachal Pradesh, it seems, are no more immune to apathy by the state's administrators.

They unmasked alleged indifference towards their health concerns by Cabinet Minister Ram Lal Markanda when they "dared" him to go back since he was violating the 'local' health protocol of mandatory quarantine for all those who are coming to the Valley that faces shortage of health infrastructure.

Nearly 200 women have now been facing cases for wrongful restraint, unlawful assembly and disobedience of public order, and their number will rise. They say they are ready to fight both the virus and the legal battle.

"We have been following our Covid-19 rules as framed by our local committee, comprising members from local monasteries and community leaders, much before the state framed the rules. Our rules are applicable for all people, including our family members, who are returning to the area for the first time since the pandemic," Mahila Mandal President Sonam Dolma told IANS over phone from Kaza, the district headquarters.

She said since the minister reached Spiti for the second time in less than a fortnight with his supporters without following the travel restrictions, "we objected to his visit, keeping in mind the safety of our people".

"Since we were hearing of grave coronavirus related news and we were scared too, we have simply asked the minister why he is touring Spiti again and again amid a pandemic that too with huge supporters," she said.

"Since the minister is not immune to the virus and his frequent visits to the area from Shimla are posing threat to our lives, we simply stopped the minister's convoy at the entry point and requested him that being an outsider either he should go back or opt mandatory quarantine of 15 days," Dolma said.

This irked Tribal Affairs and Agriculture Minister Markanda, the local legislator, and the next day the police registered a first information report against the protesters.

Till date 190 of the 230 members of the Mahila Mandal in Kaza, some 350 km from the state capital, have been booked.

The police are still identifying the protesters by visiting their houses, rue locals.

"For the safety of our inhabitants, we won't allow anyone to violate the mandatory norms," another activist Tashi Lama said.

Fearing threat, she said they have not allowed even the migratory labourers of the Public Work Department to come to Spiti from outside the state.

The incident of asking the minister to go back was of June 9.

As he reached Sumodh, the entry point to the Spiti Valley, the women protesters blocked his way and asked him to go for the mandatory quarantine.

Sensing trouble, Markanda preferred to leave the place and headed straight to the state capital.

Markanda told IANS the protesters had some "ulterior motives" behind the protest.

However, the clamour against him has been steadily growing.

At least 20 women organisations have joined hands and condemned the police action.

Local residents have highlighted that even before the imposition of the lockdown there was serious concern amongst the tribal community of Spiti about the pandemic given its remote geographical location and socio-economic vulnerabilities, the women organisations said in an open statement.

Given the tribal lifestyles and dependence on each other for their livelihoods, social distancing within the community is close to impossible. The absence of public health facilities would have meant that any spread of Covid-19 would have unleashed a threat to the very existence of this tribal community.

In this scenario for the last four months, the local people, especially the Mahila Mandals, have worked relentlessly to facilitate quarantine of local residents returning from outside, making masks and also guarding against people from outside the region visiting the region.

The local committees had resolved that each and every person entering from outside would have to observe 15 days quarantine.

"Despite being well aware of this context, the local administration instead of attempting a dialogue with the protesters has initiated police action against women who were simply asking that the local resolutions be duly followed and respected," said Rattan Manjari, a social activist who has become the voice of tribal women in their struggle for property rights, said.

Condemning the harassment of the tribal women, Himshi Singh of Himdhara Environment Collective said, "While across the state legal action is initiated against those violating the lockdown, when the local people made the demand that lockdown rules be followed in their area, the police have in turn initiated action against them. This reflects the double standards." Notably, Spiti is a Schedule V area and the constitution empowers the local communities for self-governance, she added.

The statement has demanded the charges against the tribal women be dropped and their ‘harassment' and ‘repression' by the local administration be stopped.