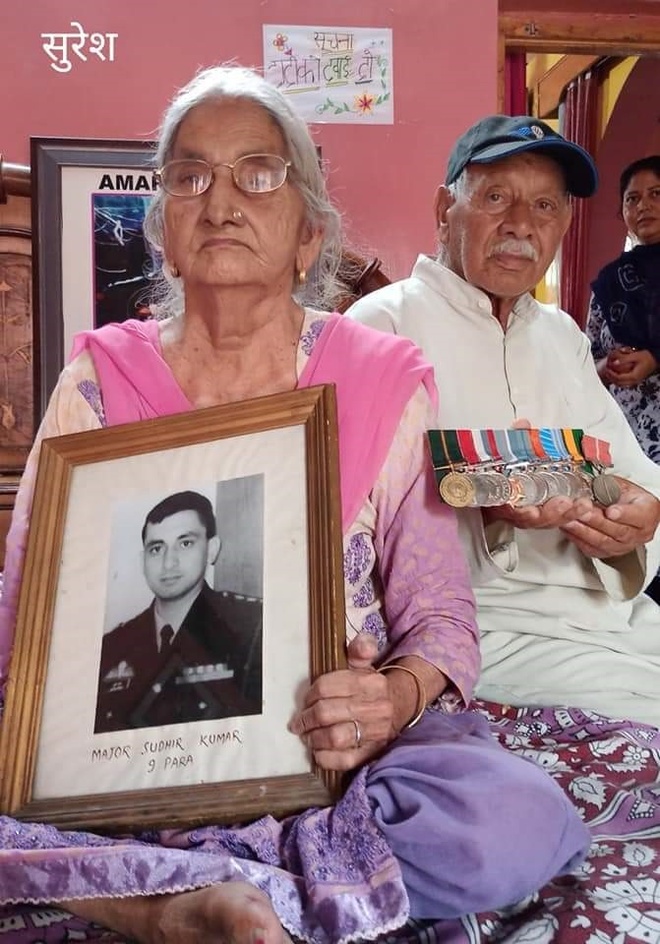 The government today approved a site for the statue of martyr Sudheer Walia, who had sacrificed his life fighting militants in Jammu and Kashmir in 1999. Rulia Ram, father of the martyr, had been fighting for the cause for the last 20 years.

Briefing newspersons here, SDM Dharmesh Ramotra said the statue of the martyr would be installed near old Sabzi Mandi on the Palampur-Dharmsala highway. The foundation stone would be laid on August 29, the day when Major Walia sacrificed his life. He gave the credit to MP Indu Goswami.

Father of the martyr Rulia Ram Walia had given in writing that the family had decided to return the Ashok Chakra as the Centre and state government had failed to instal the statue of his son despite his repeated visits to ministers, MLAs and state officers.

The Tribune had carried a news item, highlighting the concern of the parents of the martyr.

Talking to The Tribune at his residence at Banuri village, the bed-ridden Rulia Ram said these were the joyful moments for the family as his dream was being realised.

Sudheer Walia, Ashok Chakra awardee, had sacrificed his life fighting militants in Jammu and Kashmir in 1999