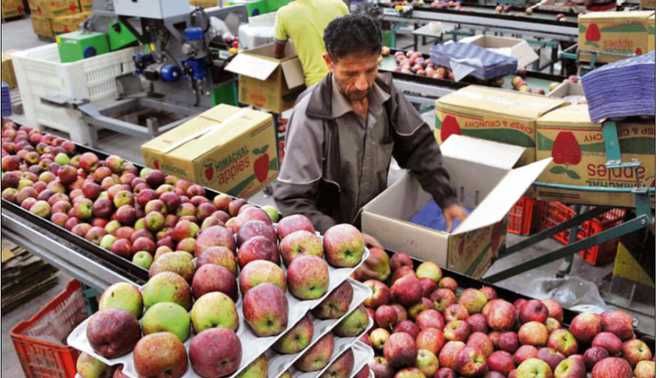 Over 23,500 small and marginal farmers in the fruit belt of Shimla, Mandi, and Kullu have lost around 13,908 metric tonnes (MT) of crop, mainly apple worth Rs 27.23 crore grown in 11,218 hectares, due to recent hailstorms, reveals a loss assessment report of the state Horticulture Department.

Farmers, however, say that damage caused by hailstones and heavy rainfall to “standing and blooming apple orchards” is much higher and the department is yet to assess this loss.

According to the report, a copy of which is with The Tribune, hailstones, rain and gusty winds have severely destroyed over 13,908 metric tonnes of “full fruit crops” of over 23,500 small, marginal and other farmers (10,718 in Shimla, 7,262 in Mandi, 5,520 in Kullu; three main fruit producing districts).

Hailstones, rain and windstorms destroyed the fruit crop in 6,817 hectares in Shimla, 2,549 hectares in Mandi and 1,852 hectares in Kullu district early this week, the report states.

Mandi: There is no end to the woes of farmers and fruit growers in Mandi and Kullu districts where hailstorm did a considerable damage to vegetable and fruit crops on April 20, causing a loss of crores to farmers.

The worst-affected areas are Janjehli and Karsog in Mandi district and Anni and Nirmand in Kullu district.

In Kullu district, the Horticulture Department has assessed Rs 8-crore loss. The major parts of Anni and Nirmand in Kullu are covered under fruit cultivation.