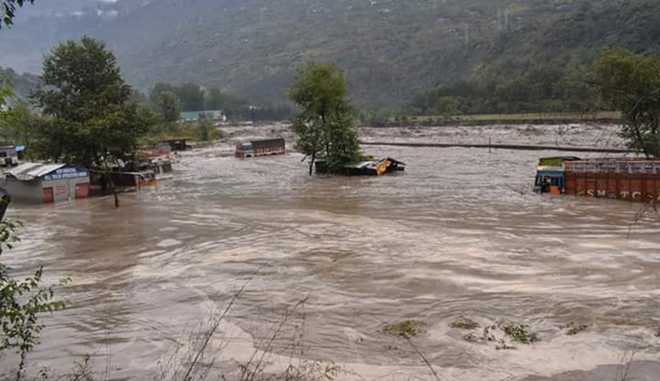 As many as 249 persons have died in rain-related incidents in Himachal during the current monsoon season. Also, the state has suffered loss to the tune of Rs 1,337 crore. - Tribune file photo

As many as 249 persons have died in rain-related incidents in Himachal during the current monsoon season. Also, the state has suffered loss to the tune of Rs 1,337 crore. 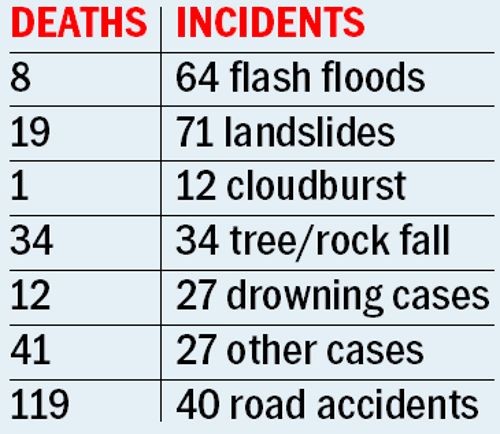 About 71 incidents of landslides, 64 flash floods, 12 cloudbursts, 12 of drowning, 34 tree/rock fall and 27 others have been reported in the state since June 29, says Sudesh Kumar Mokhta, Special Secretary (Disaster Management).

As many as 128 houses have been completely damaged while 587 houses have suffered partial damage. Besides, 665 cowsheds, shops and other private establishments have also been damaged. The Public Works Department (PWD) has suffered the maximum loss of Rs 700.6 crore and the Jal Shakti Department Rs 602.7 crore.