39 per cent people in Himachal suffer from obesity, 11.5 per cent diabetic 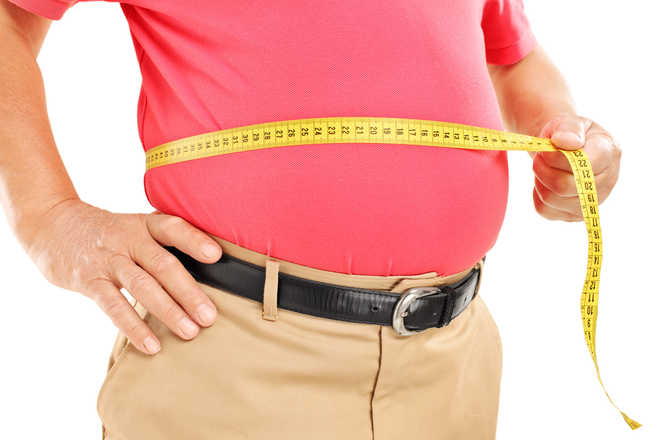 Thirty-nine per cent people in Himachal Pradesh suffer from obesity while 11.5 per cent are diabetic, according to a study by the Indian Council of Medical Research-India Diabetes (ICMR-INDIAB).

The nationwide study, under which findings for the state were released on Tuesday, also stated that around 77 per cent people in Himachal Pradesh suffer from dyslipidemia - abnormal levels of one or more kinds of lipids in the blood that leads to increased risk of heart diseases.

The survey covered nearly 4,000 people in the state and it was conducted from September 2019 to March 2020, the study's principal investigator Dr JK Mokta, who is a professor at the Indira Gandhi Medical College and Hospital's medicine department here, said.

"Himachal ranks seventh in the country in terms of prevalence of type-two diabetes, and has a higher prevalence than the national average as well as its neighbouring states of Punjab, Haryana and Uttarakhand," he said.

The prevalence is same among males and females, but is higher in urban areas as compared to rural areas, Mokta added.

He said that according to the study, around half of those suffering from diabetes have not been diagnosed with the disease and are unaware of  the problem.

"Moreover, around 18 per cent people here are prediabetic, which means they have a 50 per cent chance of developing diabetes in the next 10 years," Mokta said, adding that Himachal is the fourth worst-hit state in terms of abdominial obesity, with 55 per cent people having a larger than normal waist circumference.

The study also showed that around 31 per cent people in the state suffer from hypertension.

The fifth National Family Health Survey released in December had come out with similar results for the state against the popular belief that residents of the hill-state are healthier on account of more physical activity in the mountainous terrain, it said.

Sixty-one per cent of the respondents, in fact, were found to be physically inactive, and only five per cent were highly active, the study found.

"Unhealthy food habits and an increasingly sedentary lifestyle seem to be responsible for all these disorders. The average cereal consumption in Himachal is 78 per cent wheat and 21 per cent rice. But people are largely consuming refined carbohydrates and not whole grains," Mokta said.

The milling process removes the dietary fibre and nutrients from the whole grain. They are also snacking on unhealthy foods in between meals, such as samosas, without indulging in additional physical activity, he said citing the study.

"Legumes, complex carbohydrates, fruits and vegetables are not adequately present in our diets. Our ancestors also took carbohydrate-rich diets but indulged in extensive physical work which is missing now on account of motor vehicles, machines and sedentary jobs," Mokta said.  PTI