Absence of due protocol in storing crackers appears to have triggered the blast, say police 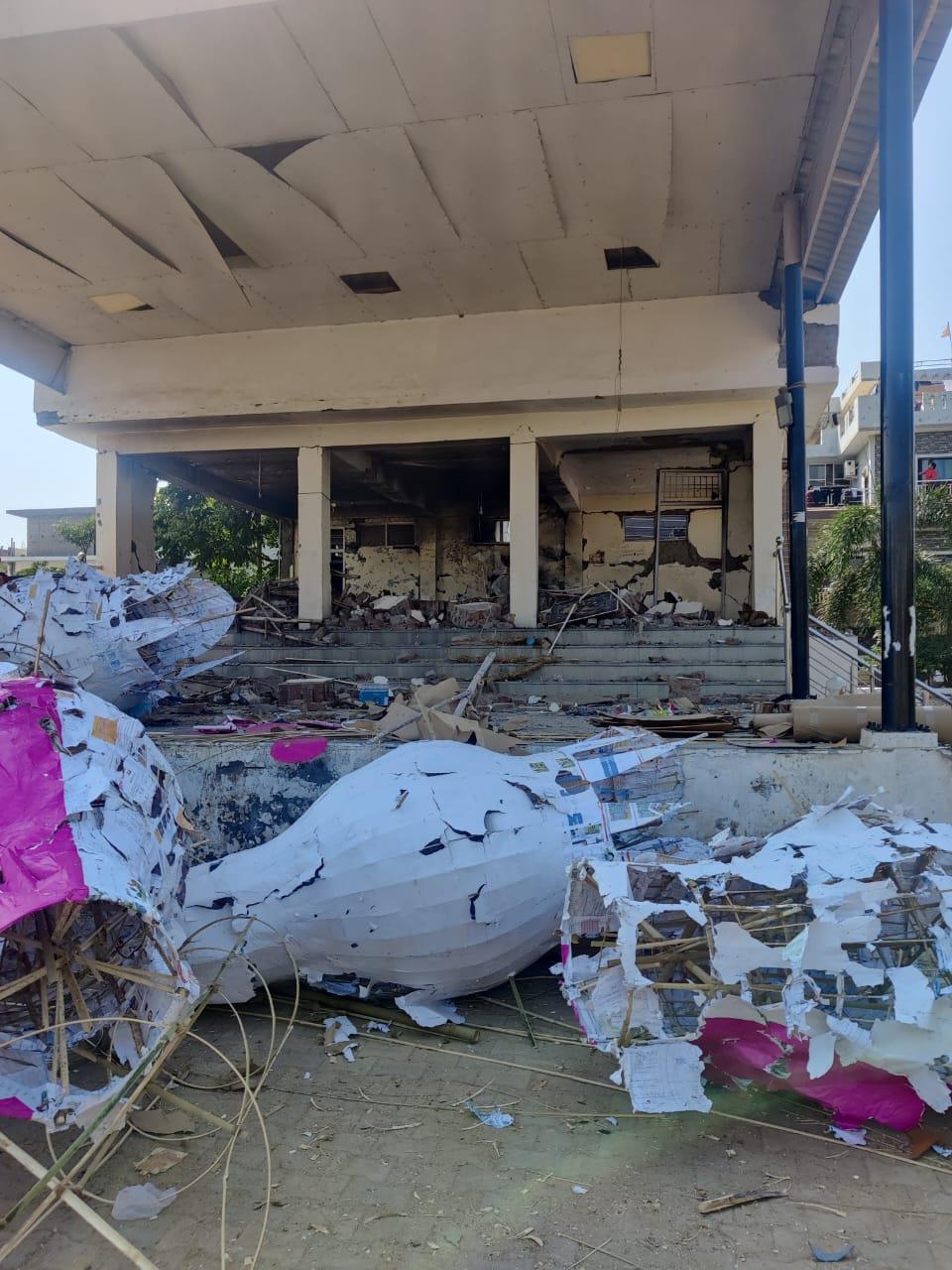 A view of damaged building after blast in a cracker store in Baddi.

Four labourers suffered minor injuries following a blast in a cracker store at Mela ground in Baddi where work to erect Ravana’s effigy was underway for Dussehra festival.

The cause of the blast was yet to be ascertained. The blast blew away the wall of the store and injured four labourers who were working there.

Baddi SP Mohit Chawla who visited the spot said four labourers working at Mela ground sustained minor injuries in the fire following a blast in a room where crackers were stored.

Fire tenders were rushed to the spot to douse the fire. The injured were taken to a local hospital for treatment where there condition was stated to be stable.

The SP added that the contractors assigned the task to erect Ravana’s effigy for Dusshera by the local civic body had not availed any licence for storing crackers. Absence of due protocol in storing crackers appears to have triggered the blast.