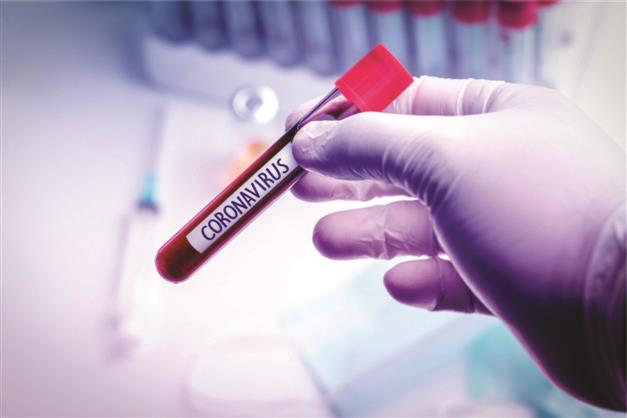 In one of the worst spikes in a single day, the state reported 66 Covid cases on Tuesday, taking the tally to 1,309, including nine deaths.

In one of the worst spikes in a single day, the state reported 66 Covid cases on Tuesday, taking the tally to 1,309, including nine deaths.

The rise in the spread continues unabated in Solan as the district registered 51 new cases in the last 24 hours. The number of positive cases in Solan has risen to 259.

Seven cases were reported from Chamba, three from Una, two each from Kangra and Shimla and one from Kinnaur district.

The highest-ever one-day spike of 51 Covid cases was reported in the Baddi-Barotiwala-Nalagarh (BBN) industrial belt in the day.

Of the 51 new patients, 46 are workers of Wrigley India Pvt Ltd, Baddi. They are the primary contacts of a company’s worker, who had tested Covid-positive on July 8. They are in the 26 to 54 age group.

Three ITBP personnel and three family members of one of them and an Army jawan tested positive for coronavirus in Chamba district on Tuesday.

In Chamba, a 31-year-old ITBP jawan, a resident of Kharagat Samote village, his wife, five-year-old daughter and a three-year-old son were found infected. They had travelled back from Kerala.

The other two ITBP jawans — one of them aged 27 and a resident of Maretta village in Bhatiyat area of Chamba district and the other one a resident of Garnota Samote village — had also returned from Kerala.

The 26-year-old Army jawan, a resident of Kandei village in Dalhousie of Chamba district, had returned from Roorkee. All of them were either asymptomatic or showed mild symptoms of the virus, said CMO, Chamba, Dr Rajesh Guleri.