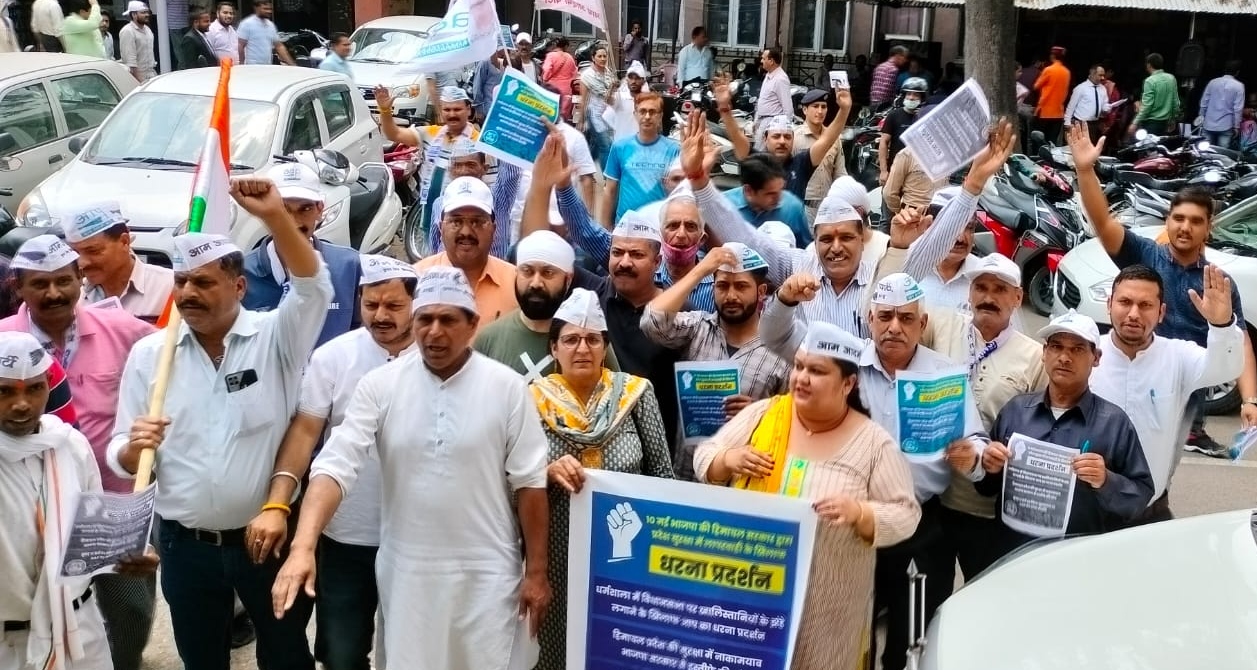 AAP held protests in all district headquarters across the state today, demanding the resignation of Chief Minister Jai Ram Thakur over Khalistani flags and banners on the Vidhan Sabha complex gate and walls in Dharamsala.

Calling it a major security lapse, protesters submitted a memorandum to the Governor through DCs/SDMs, demanding the sacking of the Jai Ram government.

The protesters said the law and order situation had become so poor that miscreants could walk into a sensitive place like the Vidhan Sabha complex. “A judicial inquiry should be marked into the incident as all SIT probes, ordered in the past, had done nothing but suppressed the facts,” said the AAP spokesperson.

Dharamsala: AAP workers today burnt the effigy of terrorism in front of the Dharamsala secretariat. They raised slogans and demanded that the culprits, who put up Khalistan posters outside the Assembly complex, should be brought to book.

Aman Guleria, AAP leader from Kangra, said the incident showed the failure of the security forces. It has been two days since the incident happened but the security agencies are clueless about the culprits. Pankaj Pandit, spokesperson of AAP, said it was shameful for the state that anti-national forces have managed to deface the Assembly complex.