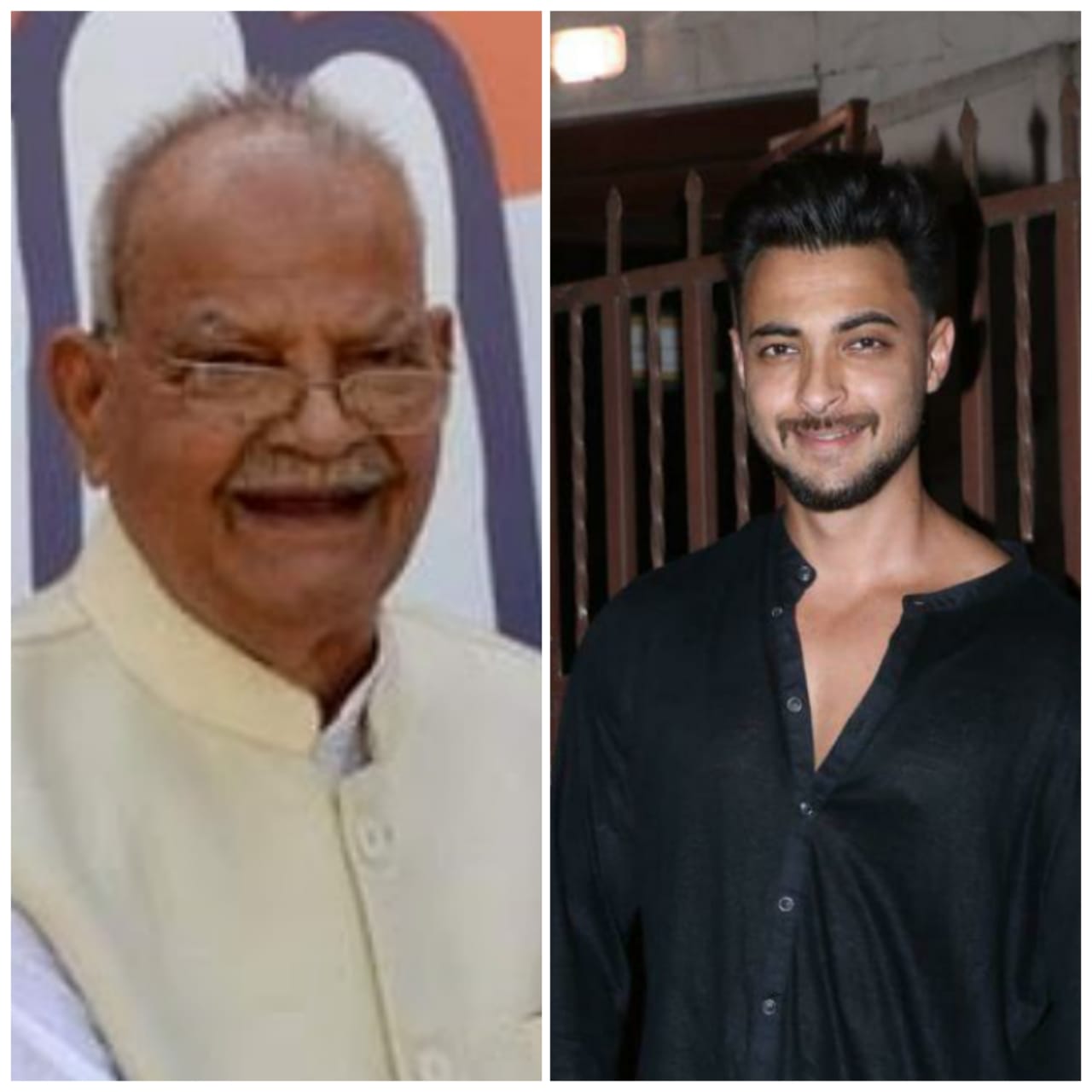 Actor Aayush Sharma's grandfather and former Union Minister Sukhram died on Wednesday at the age of 94. Sukh Ram, who was the Union Telecom Minister from 1993 to 1996, reportedly suffered a brain stroke.

The actor took to his Instagarm handle to share an emotional note on the demise of his grandfather. 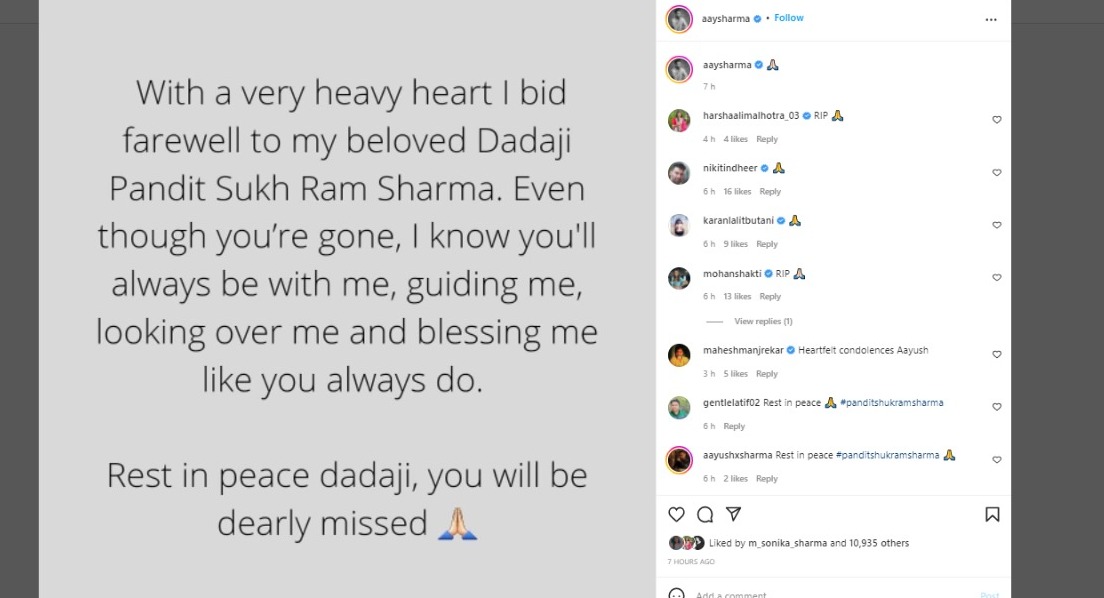 He wrote: "With a very heavy heart I bid farewell to my beloved Dadaji Pandit Sukh Ram Sharma. Even though you're gone, I know you'll always be with me, guiding me, looking over me and blessing me like you always do. Rest in peace dadaji, you will be dearly missed." Many started sharing their condolences messages. Director Mahesh Manjrekar mentioned: "Heartfelt condolences Ayush".

Sending my heartfelt condolences to Ayush and his entire family on the loss of his grandfather Shri Sukhram Ji today. #RIP 🙏 pic.twitter.com/PuW5cxbtbK

He was admitted to Delhi's AIIMS hospital a couple of days back after suffering a brain stroke. On Monday, Aayush had denied all the rumours of Sukh Ram's death.

Sukhram was a member of the Lok Sabha from the Mandi constituency. He won five Assembly elections and was thrice elected to Lok Sabha. Aayush's father Anil Sharma is currently a BJP MLA from Mandi.

Aayush is married to Salman Khan's sister Arpita Khan and they have a son named Ahil and daughter named Ayat.

On the work front, he made his Bollywood debut with 'Loveyatri'. The actor was last seen in 'Antim: The Final Truth' with Salman Khan. Next, he will be seen with Salman Khan, Pooja Hegde and Shehnaaz Gill in 'Kabhi Eid Kabhi Diwali'. IANS