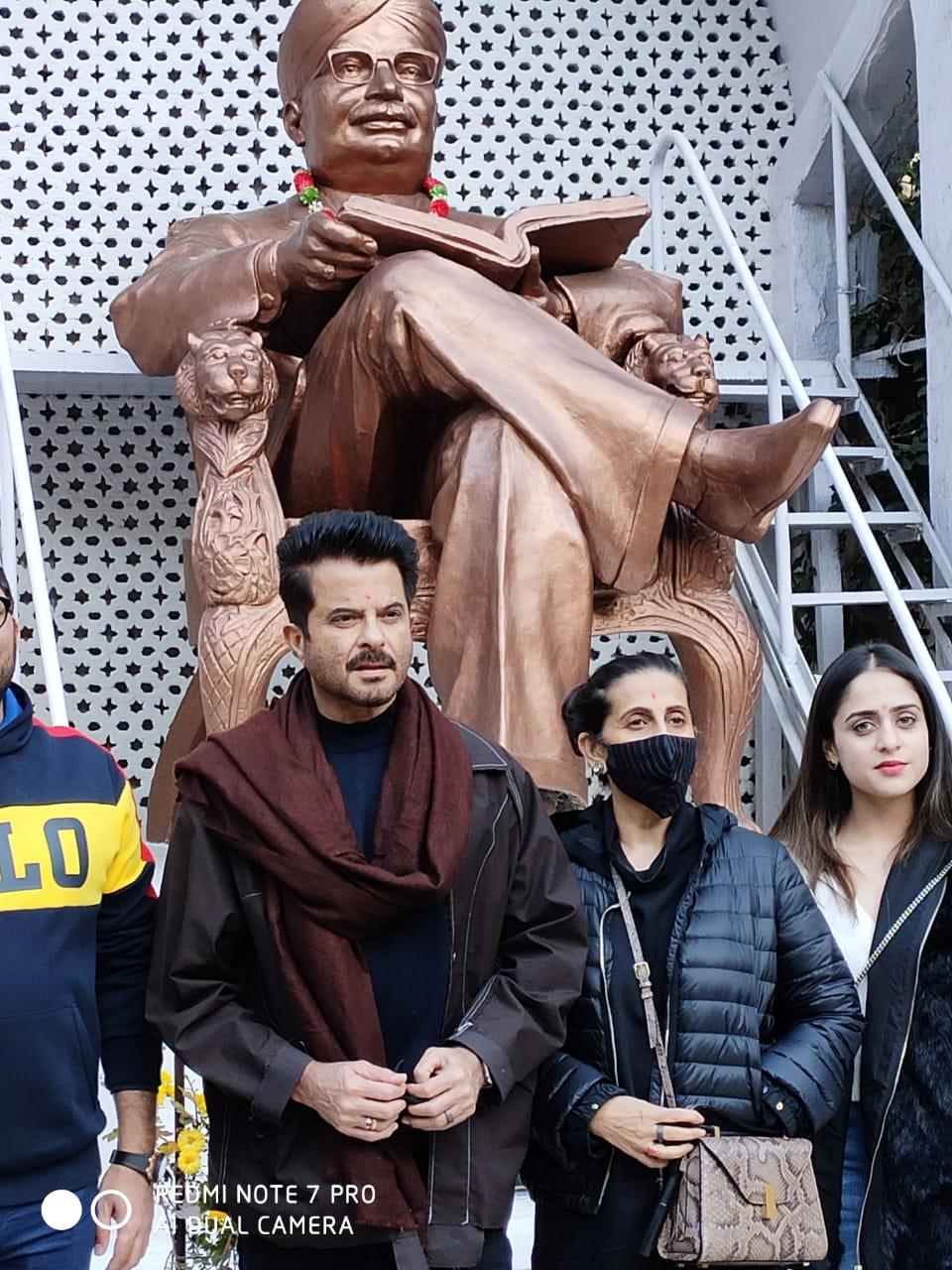 Bollywood actor Anil Kapoor on Monday paid a surprise visit to Mohan Mekin Brewery located on the outskirts of Solan town on the Kalka-Shimla highway this afternoon.

He was accompanied by his wife Sunita Kapoor.

He also visited the Mohan Shakti Heritage Park setup by the Mohan Mekin group at Harat village near Solan and spent about 4 to 5 hours there.

He also performed puja at the palatial temple there.

He later paid a visit to the British-era brewery which is known for its various liquor brands including Old Monk which is a coveted global brand.

His visit took the town residents by surprise as few were aware about his presence. He was accompanied by brewary’s senior officer Ashok Malhotra.

Notably, Edward Dyer had opened a brewery at Kasauli in 1855 and a distillery at Solan.

It marked the advent of industrialisation in the region and was the first brewery to be set up in Asia. Another entrepreneur, HG Meakin, coming from a well-known brewing family of Burton-on-Trent, founded Meakin & Co. Ltd. They joined hands to form Dyer Meakin & Co Ltd. t was finally bought by Narendra Nath Mohan in 1949 as he was already doing business with the company.