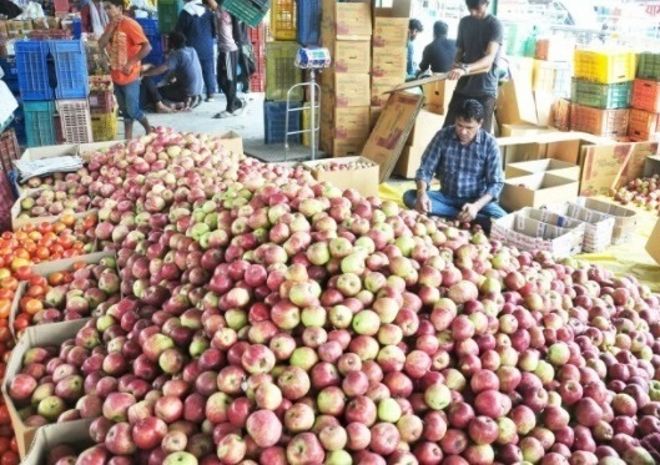 Despite the government assuring apple growers that a committee would be formed under the chairmanship of Vice Chancellor, University of Horticulture and Forestry, Nauni to “fix and supervise” the procurement prices of private CA stores, Adani Agri Fresh Limited has announced its opening prices on its own.

Compared to its last year’s opening price of Rs 72 for large, medium and small premium apple, Adani Agri Fresh is offering Rs 76, an increase of Rs 4, for this category this season. For the premium apple in extra small, EES and pitu category, the hike is around Rs 6-8.

However, Sanyukt Kisan Manch, a group of over 25 apple growers’ association that is raising apple-related issues, is not happy; neither with the price offered, nor with the absence of the committee.

“Where is the committee that the government promised to fix and supervise the procurement prices of private CA stores? The Adani group and one other private CA store have arbitrarily fixed their procurement prices. It shows the government lied to us and is hand in glove with the private players,” said Sanjay Chauhan, co-convener of Sanyukt Kisan Manch.

“The government should immediately cancel the prices announced by Adani group and other private CA stores and immediately form the promised committee with representatives of the growers to fix procurement prices,” added Chauhan. Pankaj Mishra, Plant Head, Adani Agri Fresh Limited, said they had no information about any committee and fixed the prices as per their usual method.

“We have offered higher prices to apple growers than last year, especially on the small sized apple. We got a feedback from the growers that much of the apple this time is small, hence we have increased the price by Rs 6-8 in that category,” said Mishra.

Sanyukt Kisan Manch, however, is not happy with the increase in prices. “Just see how much the input cost has increased over the years. It is not enough if the rise in input cost is factored in. Also, the premium quality apple is fetching much higher price in open market, so this price is not justified,” said Sanyukt Kisan Manch convener Harish Chauhan.